Home » Property Trends » Harshad Mehta: How many homes did the Big Bull own?

No matter how adversely one judges the extraordinary tale of one of India’s biggest financial frauds – the 1992 Indian stock market scam – one often gets engulfed with the mystique surrounding the personality of the Big Bull of Dalal Street, a moniker given by the media to Harshad Mehta.

The Harshad Mehta scam is the tale of a man who came from humble beginnings, who had an extraordinary rise and an even more extraordinary fall. Mehta made and lost his fortune in the stock market and ultimately died while serving a jail term in Thane prison for acting as a key conspirator in the 1992 Indian securities scam that brought about a stock market crash.

Harshad Mehta, who during his prime was referred to as the Amitabh Bachchan of the stock market, and his life story have been the topic of several film and play adaptations and books. To columnist Bachi Karkaria, the humble man from Rajkot, Gujarat, was ‘the man who put money into the poor man’s pocket even while allowing the rich to rob’. Mehta has the distinction of single-handedly leading the rise of the bull market in the 1990s, prompting the Bombay Stock Exchange (BSE) Sensex to jump from 1,300 in June 1991 to 4,500 in April 1992. Even though he died unceremoniously at the Thane Civil Hospital following chest pain, Harshad Mehta had enjoyed a mass following that nobody before or after him got. All cases against the Big Bull were disposed of, shortly after his death in 2001.

Who is Aatur Harshad Mehta?

The Harshad Mehta financial fraud was valued at $1.4 billion, at a time when India did not have a law that penalised insider trading. The scam 1992 led to the widening of the jurisdiction of the Securities and Exchange Board of India (SEBI). Harshad Mehta largely focused his energy on making the most of the loopholes in the country’s banking system. However, Harshad Mehta’s property investments were also fitting for a man for his stature then.

The offices of Mehta’s Growmore Research and Assets Management were spread across an entire floor in Maker Chambers V at Nariman Point, counted among the most expensive office space locations in the world. His residence was no less impressive. However, Harshad Mehta did not own any property abroad.

Often characterised as a fast-talking (despite the typical soft and persuasive whispering of his manner), fast-playing braggadocio, among Harshad Mehta net worth was a 15,000-sq ft penthouse in Mumbai’s Worli Sea Face area that boasted of amenities such as a billiards room, a nine-hole putting golf course and a mini-theatre.

This penthouse was created by interconnecting nine flats on the third and fourth floor of the 14-storeyed Madhuli Cooperative Housing Society at Worli. These amenities in his penthouse were completely unheard of in India, in the 1990s, when the economy had started to just open up.

To those familiar with the space crunch in Mumbai and its impact on the city’s housing prices, Harshad Mehta’s home, which housed his entire extended family, was awe inspiring.

His property possession was a big deal and Harshad Mehta, whose chutzpah and tenacity impressed and offended in equal proportion those who knew him, made a point of flaunting it. Along with his fancy fleet of around 29 imported luxury cars (some of them were worth as much as Rs 40 lakhs), he lent his swanky property for photography to the media. This is the house from where the detectives of the Central Bureau of Investigation (CBI) took him away on November 9, 1991, after the scam was unearned.

Harshad Mehta came close to selling his family’s swanky property to repay his broker, because of the severe losses he made in the stock market at one point.

In 2009, the custodian appointed by the Supreme Court to manage Harshad Mehta assets started the process to auction eight out of the nine flats to pay off his debt to banks and the Income Tax (IT) department— the department had a claim of Rs 20,000 crore on Harsh Mehta and associates, including the compunded interest. While paying a price much lower than the predicted market rate, Mumbai-based stock broker Ashok Samani tried to buy the eight flats for Rs 32.6 crores.

However, the Mehta family later challenged the custodian move to auction the family-owned properties, saying that Harshad Mehta was not the owner of the property.

While rejecting the Mehta family plea, the court said, “What is pertinent is that the principal business of the family was dealing in shares and securities. The liabilities are arising out of the transactions in securities and shares. The properties have been purchased also by using the funds from the same business. Therefore, for clearing the liabilities (of Mehta) that have arisen, because of the transactions undertaken, the properties of all the members of the family who are notified will also have to be disposed of.”

Subsequently, Ashok Samani’s bid was cancelled and the matter became stuck in litigation.

See also: All about the SARFAESI Act

When did Harshad Mehta die?

What cars did Harshad Mehta own?

Among the many cars Harshad Mehta owned included the Lexus Starlet, Toyota Corolla and Toyota Sera.

Where did Harshad Mehta work as a jobber?

Placed at a lower level clerical job at the brokerage firm Harjivandas Nemidas Securities, Harshad Mehta worked as a jobber for the broker Prasann Pranjivandas Broker.

Who revealed the Harshad Mehta scam?

Journalist Sucheta Dalal, working for The Times of India at that time, revealed the Harshad Mehta scam.

Should you invest in a retirement home?. 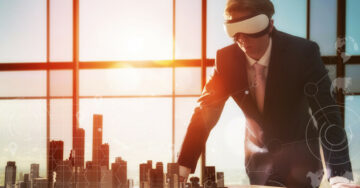 How will India’s future homes be?. 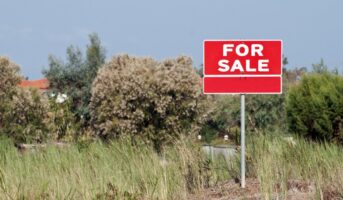 How will COVID-19 impact investment in land?. What is a real estate brokerage?. Real estate versus stocks of realty companies: Which has better returns?. 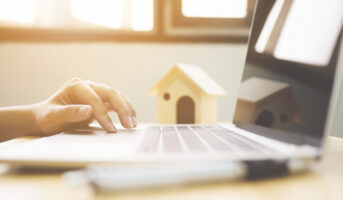 e-Panchayat Telangana: All you need to know.