An association of home buyers has approached a Delhi court, seeking prosecution of a real estate company and its officials under the stringent law MCOCA, to curb ‘organised crime’ in the real estate sector. Unific Tech-one Patrons Independent Association, an association of real estate buyers, filed a complaint before additional sessions judge Ashish Aggarwal, seeking a direction to the Delhi Police to prosecute the directors of Earth Infrastructure under the Maharashtra Control of Organised Crime Act (MCOCA), for allegedly cheating hundreds of investors of thousands of crores of rupees, by committing ‘organised crime’.

The association’s counsel Amit Kumar told the court that the FIR invoking the provisions of MCOCA against the errant builders are required, since the existing legal framework has proved to be inadequate to curb or control the menace of organised crime in the real estate sector. In its complaint, the association has sought initiation of proceedings to prosecute four directors of Earth Infrastructure – Avdhesh Kumar, Rajneesh Mittal, Atul Gupta and Vikas Gupta – under the section of MCOCA for its failed projects at Noida, Greater Noida, Gurugram, etc.

In its complaint, the association submitted that “In the year 2010, the accused persons formed a gang and hatched a conspiracy, with their common criminal intent to cheat the hard-earned money of general public on the pretext of allotment of office spaces, shops/commercial spaces, residential apartments, etc., through accused number 9 [M/s Earth Infrastructure Ltd] and its associates/ subsidiaries companies/sister concerns.” The association said that despite receiving thousands of crores of rupees from the buyers, the company has not handed over any of the projects and ‘misappropriated the funds’.

Since the association had also made a similar complaint before the Economic Offences Wing (EOW) before moving the court, the judge sought a status report from the Delhi police. It its reply, the police told the court that to apply the provisions of MCOCA, something more in the nature of coercive acts and violence was required, whereas in the cases charge-sheeted by the EOW against the directors of the company, there were no allegations that violence or threat was used by the accused persons. The court will further hear the matter on November 13, 2019.

An association of home buyers in Gurugram has approached the Real Estate Regulatory Authority, against Earth Infrastructure Ltd, for the firm’s failure to complete construction of its project

May 2, 2018: A group of home buyers in Gurugram has approached the Real Estate Regulatory Authority against a company, which has allegedly duped more than 500 of them. An association of the allottees appeared before the authority, on May 1, 2018 and said there was no progress in the construction and hence, they had decided to explore the option of transferring the obligation of completing the project to the association, as per Section 8 of the Real Estate (Regulation and Development) Act (RERA).

The home buyers claimed that the builder, Earth Infrastructure Ltd, had launched a residential project called Earth Copia in Sector 112 of Gurugram in February 2011 and collected money to the tune of Rs 300 crores. “The allottees have paid 80 to 95 per cent of the property amount to the builder in instalments. The company had started construction in September 2012 and then stopped. The due date for the completion of the project, as per the buyer’s agreement, was given as September 31, 2015, which has been delayed for more than two years and the construction has been abandoned since June, 2016,” they said.

The Real Estate Regulatory Authority directed the promoter to submit the details of all the 538 allottees. It also passed orders, restraining the builder from alienating the rights of the property, till the matter was decided. The directors of the company are Atul Gupta, Vikas Gupta, Rajneesh Mittal and Avdhesh Kumar Goel. The builder had applied for registration of the project on September 7, 2017, but had failed to comply with the directions of the authority, even after a lapse of eight months. As a result, the project has not been registered, which is in violation of Section 3 of the RERA. 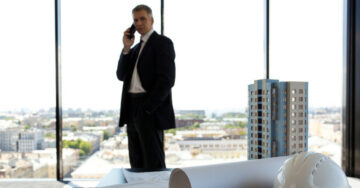 [fbcomments]
For any feedback, write to us at editor@housing.com.
https://seo.housing.com/api/v1/housing_news?tags=Earth%20Copia,Earth%20Infrastructure%20Ltd,Gurugram,Real%20Estate%20(Regulation%20and%20Development)%20Act,Real%20Estate%20Regulatory%20Authority,RERA