Sonali Rastogi is founder partner of Morphogenesis, an award-winning architecture and urban design firm, whose aim is to build a global discourse on contemporary Indian architecture. The firm has been ranked among the top 100 architectural design firms worldwide, for the sixth time in a row, by Building Design Magazine, UK in 2017. Rastogi completed her architecture studies at The School of Planning and Architecture, Delhi. She was also associated with the Architectural Association, London (where she studied housing and urbanism with George Fiori) and the Design Research Lab with Jeff Kipnis, before starting Morphogenesis in 1996 with Manit Rastogi, who is now her husband. Today, the firm, which has 135 people, with work spread across south Asia and Africa, has designed schools, colleges, commercial spaces, art galleries, cultural centres and much more.

In metropolitan areas, where people generally buy readymade homes, her advice is to keep in mind a few elementary aspects, such as the orientation of the apartment. Based on simple principles of passive design, one should remember that north-facing apartments do not get much sunlight and west-facing ones, will overheat the apartment, she points out. Gather information on all the energy data of the building, such as its U-value, the thermal lag of the walls and the insulation, especially if one’s apartment is on the top floor, she advises.

To be aware of the environmental damage being caused from one’s own habitat, one needs to take cognisance of the quality of the materials and the finishes used when buying a finished flat. “For example, if a paint with high VOCs (volatile organic compounds) is used, then, the contamination in the air carries on for five years and repainting it, doesn’t remedy the situation. To keep the carbon footprint low, try sourcing materials from nearby places, rather than trying to replicate something with materials that are available only miles away,” adds Rastogi.

See also: ‘Sustainable buildings are needed as much for the industry as for society’

Sustainable architecture for the future

“Indian architects of the past, have successfully addressed sustainability, by creating adaptive, affordable, liveable, socio-culturally responsive and visually rich structures, usually, in response to the limited resources of water and energy that were available to them. In a world struggling with environmental degradation, this is a highly valuable skill. The real question is, how can we take what we were really good at and create a model for the future,” she asserts.

It is an assumption that eco-friendly homes/buildings are more expensive to build. Green buildings are cheaper to build and cheaper to run. “We still have the advantage of customisation of crafts and materials, in our country. It is imperative that Indian architects, take a few steps back into the past, to find the inspiration to create a sustainable future. We need to build, in a manner that responds to the climatic needs of the region, while remaining economically viable,” Rastogi explains.

About Morphogenesis, Rastogi describes it as a living, thriving ecosystem and a repository of data, knowledge and wisdom. “We feel strongly about sustainability, not just in terms of energy, but also environmental, social, cultural and financial sustainability. Over the last two decades, we have had the opportunity to engage with a diverse set of people, culture and climates. This has elicited varied architectural responses from us, vis-à-vis sustainability through passive design and resource optimisation. At Morphogenesis, the philosophy with which we work, is SAIL – sustainability, affordability, identity and liveability,” says Rastogi, who is based in Delhi.

Winning India’s first World Architecture Festival award for The Pearl Academy of Fashion at Jaipur, cemented our faith in our design approach, recalls Rastogi. “In 2014, we notched up another first for Indian architecture, by being named laureates of the Singapore Institute of Architects’ Getz Award,” she adds. Other significant awards include the Architects Regional Council Asia (ARCASIA) Award for Architecture under Public Amenity: Commercial Buildings and the GRIHA Exemplary Performance Award at the 9th GRIHA Summit for the British School in Delhi, in December 2017.

“We construct buildings that consume 75 per cent lesser energy than certified green building benchmarks. Our architecture is rooted in global, as well as local practices, celebrating diversity over homogeneity. Our aim, though architecture, is to build resilient communities by putting the user at the center of the design process,” Rastogi explains.

Rastogi’s own house reflects her beliefs, vis-à-vis environmental sensitivity. It incorporates high thermal mass in the west, earth damping for the basement studios, landscape buffers on the south, high-performance surfaces on the east and a large cavity on the barrel roof, as well as the lap pool, which helps with heat absorption on the terrace. The landscaped courtyard, has earthy elements, daylight simulators and carbon-dioxide sensors. 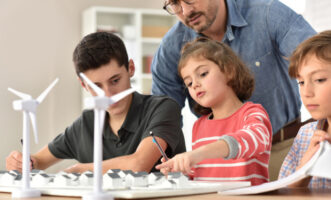 Sustainability: One of the fastest growing trends in real estate. 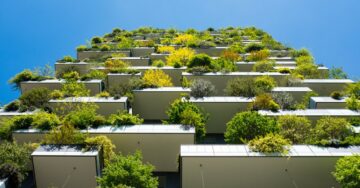 Green buildings in India: Where is the market headed?. 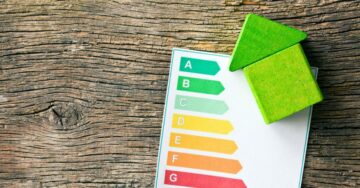 Maharashtra has the highest LEED-certified spaces in India: USGBC report. 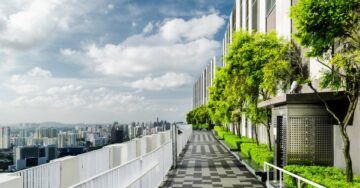 Is your dream home really a ‘green’ home?. 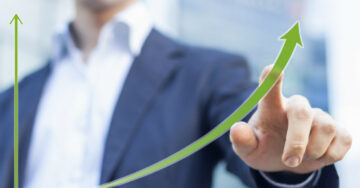