The government, on January 28, 2016, released the list of the first 20 cities that have been selected for India’s ‘Smart Cities Mission’. These are: Bhubaneswar, Pune, Jaipur, Surat, Kochi, Ahmedabad, Jabalpur, Vishakhapatnam, Solapur, Devangere, Indore, New Delhi (NDMC), Coimbatore, Kakinada, Belgaum, Udaipur, Guwahati, Chennai, Ludhiana and Bhopal. Despite this, there is growing concern among India’s urban managers and the real estate sector, about whether the smart city project, in its holistic essence, will work in India.

A section of analysts remain bullish on its prospects. Anshuman Magazine, CMD of CBRE South Asia, calls it a welcome step towards the government’s urban renewal mission. According to him, while this initiative will involve large-scale retrofitting, as well as redevelopment, these cities could become examples of urban infrastructure development, encouraging others to follow suit. “Going forward, success will depend on the effective implementation of the development of these smart cities,” says Magazine.

Smart urban management can be a tedious process in a country where earlier such attempts, most notably with the GIFT City in Gujarat, have not given the desired results. Consequently, Nikhil Hawelia, managing director of the Hawelia Group, feels that success looks doubtful, keeping in mind the complex nature of urban governance in these Indian cities. Even though the idea is laudable, there have hardly been any proper consultative sessions to make the participants, including the citizens, understand the nitty-gritty details of smart governance and the use of technology, he maintains. “To the best of my knowledge, 18 out of the 20 cities have opted for the ‘retrofitting’ model. I don’t think only one model can work. We need to have a composite of retrofitting, redevelopment and greenfield development. Only one model of urbanisation, in some selected locations of a given city, might not be India’s answer to developing smart cities,” he warns.

See also: Smart cities: What’s in it for the aam aadmi?

There are also other pressing issues, like inviting investments and ensuring that the PPP model works. Arun Lakhani, CMD of Vishvaraj Infrastructure, points out that a significant amount of private capital is essential to realise the goal of smart cities. “As per estimates, approximately $45 billion would be required. PPPs in the water sector, are in the early stages and face challenges like non-availability of baseline data, willingness to charge/pay, inadequate tariffs leading to questions on revenue security from and for the client, etc. These issues need to be addressed as we move forward,” adds Lakhani.

Kishor Pate, CMD of Amit Enterprises Housing, says smart cities are those that have taken extensive and determined preventive measures against the known side-effects effects of economic growth. Smart growth is always an outcome of a strategic and well-planned approach. “While planning a city, it is essential to keep the needs and demands of its population, now and in the future, first and foremost in mind. Offering tax breaks to tempt newcomers into the city is fine, but if such initiatives are not accompanied by measures such as pollution control, an infrastructure to support future needs and timely technological interventions, the city will grow economically but will fail to become a habitable area,” he elaborates.

Even though the list of initial 20 smart cities has been announced, there seems to be no clear definition of what would constitute the ‘smart’ quotient of these given cities. Consequently, every city may have its own trial and error method, before a case study of smart cities evolves. 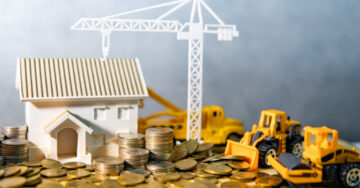 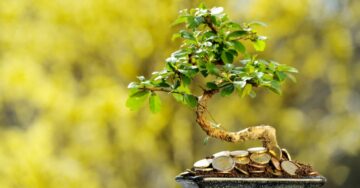 SC pulls up centre for its failure to utilise Rs 77,000 crores for environment protection.