On November 6, 2019, the union cabinet approved the setting up of an Alternative Investment Fund Category-II (AIF), to provide priority debt financing of up to Rs 25,000 crores, for completing stalled housing projects falling within the affordable and middle-income housing categories. The government will act as a sponsor, with a total commitment of up to Rs 10,000 crores. The finance minister announced that the balance amount will be pooled from the State Bank of India, Life Insurance Corporation, other government institutions, private investors, sovereign wealth funds and global pension funds. The AIF will be registered with the Securities and Exchange Board of India (SEBI) and will be professionally operated. For the first such AIF, the government has proposed SBICAP Ventures Limited, as the investment manager.

The fund will be entitled to invest in projects having houses valued at less than Rs 2 crores per unit in Mumbai, Rs 1.5 crores in other metros including the National Capital Region and Rs 1 crore in other parts of India. Additionally, for any housing project to receive financing from the AIF, the project will need to:

(i) Be registered with the concerned Real Estate Regulatory Authority (RERA)

(ii) Have a positive net worth (i.e., cash flow less than project cost) and

(iii) Be referred to the AIF by the existing lenders of the project.

The government’s original announcement of its plan to set up such a fund, was made in September 2019 and then, projects facing bankruptcy, or which were already categorised as non-performing assets (NPAs) were going to be excluded. However, the government has now decided to extend the benefit of the debt financing through the AIF to such projects, as well, provided they meet all the other eligibility criteria.

The AIF will not finance projects that have litigations pending before the high courts or the Supreme Court. Thus, several stalled projects, which have recently come under judicial scrutiny in the NCR, such as projects of Jaypee Infratech, Amrapali and Unitech, will not be eligible while these projects continue to be under litigation.

Investment committee to select projects for financing via the AIF

The government is in the process of formulating a detailed policy, for selection of the projects to be financed. An investment committee will comprise of industry experts and professionals, for inter-alia approving disbursements from the AIF.

The details of how the repayment mechanism will work, after receipt of funding, will need to be ironed out in the investment policy. The government has also shown awareness of the double-whammy faced by home buyers, where they are required to pay EMIs on homes that are incomplete and simultaneously are also required to pay rent for their current accommodation.

How the real estate stress fund will help home buyers

With the real estate sector facing a slowdown and feeling the ripple effect of the NBFC crisis, major projects have been stalled owing to the lack of liquidity in the market. The AIF will come as a major relief for home buyers in the affordable and middle-income segments, who bear the brunt of incomplete projects. The home buyers are interested in receiving possession of their homes and the provision of ‘last-mile’ funding, will go a long way in ensuring that this is realised. Additionally, a professionally managed fund will boost home buyers’ confidence that the money released through the AIF, will be utilised for completion of the project.

How the real estate stress fund will help developers

This AIF may trigger a reversal in the present real estate slump. Project completions and timely delivery of homes inevitably lead to (i) customer confidence, (ii) higher spending on white goods and home furnishings, (iii) better brand name for the developer, (iv) better financing options (including attracting foreign funding) and eventually, an upcycle. While the AIF will not be able to finance all the stalled projects in the country, it will provide a much needed boost to the sector and set it on the path to recovery and growth.

(Harsh Parikh is a partner and Sneha Oak Joshi is a senior associate, Khaitan & Co) 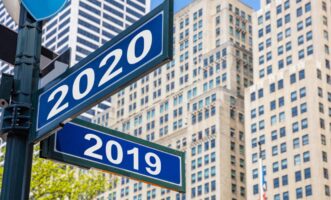 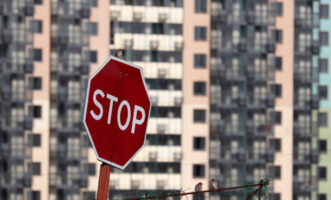