The Haryana government’s much awaited Kundli-Manesar-Palwal (KMP) Expressway project is likely to get completed by mid of June 2017, after missing several deadlines in the past.

According to officials of the Haryana State Industrial and Infrastructure Development Corporation Ltd (HSIIDC), about 70% of the civil work on the 83-km stretch between Manesar and Kundli has been completed and the remaining construction is expected to be done by mid-June.

Vehicles coming in from the northern states on NH-1 and wanting to go to Rajasthan, Gujarat, etc., can get on the expressway at Kundli and take the NH-8 at Manesar, while those desiring to go to central and south India can get on to the NH-2 at Palwal. In both the cases, long distance vehicles do not need to come inside Delhi, the officials said.

The project was started in 2007, with a projected completion time of three years. However, it got delayed by seven years, due to financial disputes between then concessionaire DS Construction, the lender and the Congress government. After the BJP government came to power in Haryana and at the centre, the remaining project was given to Easel Construction Ltd and HLS Ltd. 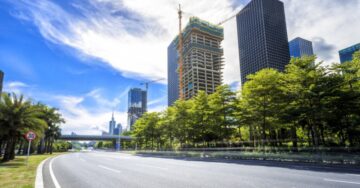