Slain liquor baron Ponty Chadha’s son Manpreet Singh Chadha was granted bail on June 17, 2019, in an alleged real estate fraud case. Additional session judge Gulshan Kumar granted relief to Manpreet, who was apprehended at the Delhi airport when he was leaving for Phuket on the night of June 12, 2019, on a personal bond of Rs 50,000 and two sureties of the same amount.

The court, however, put various conditions on the accused, including that he will not be able to leave the country without its prior permission. It also asked the Economic Offences Wing (EOW) of the Delhi Police, why no investigation was done between January 2018 and June 2019, into the claims of other investors. A magisterial court had denied him bail on June 13, 2019, saying thousands of investors were affected and only a few had approached the court.

Slain liquor baron Ponty Chadha’s son Manpreet Singh Chadha has been arrested in a real estate fraud case, after 29 victims alleged that his company neither allotted the promised plots nor refunded their invested amount

June 14, 2019: Slain liquor baron Ponty Chadha’s son Manpreet Singh Chadha, has been arrested from the Delhi airport and remanded to judicial custody for 14 days by a court in New Delhi, on June 13, 2019, in connection with a real estate fraud case, officials said. He was held at the Indira Gandhi International airport when he was leaving for Phuket on the night of June 12, 2019, additional commissioner of police (Economic Offences Wing), Suvashis Choudhary said.

A look-out notice had been issued against Manpreet Singh Chadha, the officer said. Before arresting him, the airport’s security staff and immigration officers were alerted, the officer said, adding that he was produced before a court on June 13 afternoon, which sent him to judicial custody for two weeks. Choudhary said a case was also registered against him and other promoters of Wave Group, in connection with another matter.

Chadha is the director of Uppal-Chadha Hi-tech Developers Private Limited. Twenty-nine victims have approached the police so far against the company, alleging that it neither allotted the promised plots nor refunded their invested amount, the officer said. They had booked plots between 2005 and 2006 and paid an amount of Rs 4.5 crores approximately, he said. According to the complaint, the company had launched a project in 2006 at NH-24, Ghaziabad. In 2005, it lured buyers to book plots in their proposed Hi-tech Township Projects – Rosewood Enclave, Sunny Wood Enclave, Lime Wood Enclave and Crestwood Enclave in villages of Kachera, Dujana and Mehrauli at NH-24, Ghaziabad, the officer said.

The company showed brochures and layout plans for the proposed township of about 1,500 acres. Buyers were promised possession of plots within eight months from the date of allotment letters, the officer added. The victim also received letters from the company in November 2009, assuring them that all necessary licences and approvals were obtained. However, in June 2011, they received a demand letter signed by the vice-president of the company but the name of the firm, the township and the address of the company were changed and all payments were sought in the name of a new entity, ‘Wave city NH-24’, Choudhary said.

Investigations revealed that the Uttar Pradesh government had announced Hi-Tech Township policy of 2003 and later on, it was revised by the government in 2007 and 2008, the officer said. In 2005, the company ‘Uppal Chadha Hi-Tech Pvt Ltd’ had entered into a Memorandum of Understanding (MoU) with the Ghaziabad Development Authority, for developing the project. The company then started taking bookings for plots from victims in 2005-2006, with an initial booking amount of Rs three-four lakhs from each, the officer added. However, the site plan was sanctioned only on November 2, 2013. Even after a gap of 15 years, the company neither provided plots to the buyers nor refunded their invested amount, the police said. Controversial liquor and real estate baron Ponty Chadha and his younger brother Hardeep were killed in a shootout at their farmhouse in New Delhi in November 2012. 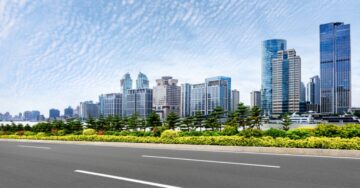 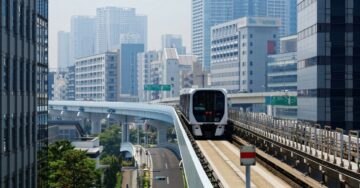 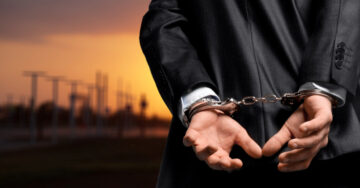