A bill to amend the regulations governing compensation payable for acquisition of immovable property by the centre, for defence and security purposes, was passed by the Lok Sabha on December 20, 2107. The Immovable Property (Amendment) Bill, which was moved by urban development minister Hardeep Singh Puri, was adopted by a voice vote.

Replying to the debate on the bill, Puri said the law has been amended 11 times earlier. “This is the 12th amendment and the amendment has been brought, for limited and specific purpose,” the minister said. The bill seeks to amend a provision, to allow the centre to re-issue the notice of acquisition, in order to ensure that the property’s owner gets an opportunity to be heard. “State has the obligation that relates to compensation. The states want to pay compensation, which is fair and just compensation,” the minister said.

Putting to rest the apprehensions of the members of the house, the minister said the compensation was meant for an interim period and solely for the purpose of determining the date of compensation to be computed.

See also: Committee on Land Bill gets extension, as report still not finalised

According to the government, there could be situations resulting in prolonged litigations and if the apex court quashes the notice of acquisition, there might be an astronomical hike in the compensation amount, on account of market value appreciation. Against this backdrop, the bill seeks to amend a section of the Requisitioning and Acquisition of Immovable Property Act, to ‘enable the central government to re-issue the notice of acquisition to the owner, or such other person interested in the property, for the purpose of giving an opportunity of being heard’.

Puri also clarified that the government had no intention to open up those cases, where the compensation has already been provided. Participating in the debate, CPI(M) leader Mohammad Salim said the government was trying to bring in ‘piecemeal’ legislations to acquire land, at a time when the Right to Fair Compensation and Transparency in Land Acquisition, Rehabilitation and Resettlement (Amendment) Bill, 2015, was pending with the joint parliamentary committee.

BJP MP Gopal Shetty was critical of the defence officials for acquiring civilian land unnecessarily. “Sometimes, the enemy does not trouble (the civilians) but these (defence) officials do. The bill will help get justice, to those whose land has been taken,” he said.

AP Jithender Reddy (TRS) said the prime minister has often talked about cooperative federalism and if the land is taken by the centre for national security, it should also take steps to take the state governments into confidence. Asserting that the payment should be more generous for the marginalised people, Varaprasad Rao (YSRC) said the government ‘has a lot of land which was lying waste. Barren land should be put to use, rather than taking away the land of the poor people’. 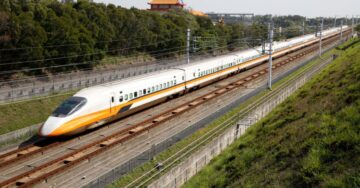