The Madras High Court, on November 22, 2016, directed the Inspector General of Registration of Chennai zone, to issue orders to all jurisdictional registrars, not to register any document related to Pallikaranai marshlands in any form. Justice N Kirubakaran gave the direction on a petition which submitted that marshlands in Pallikaranai, the city’s strained freshwater body, were being alienated illegally.

Such fraudulent transfer of property involving the marshland, was allegedly being done by unknown persons/land grabbers, with the help of some influential officials and persons with muscle and money power, the petitioner alleged.

In the previous hearing of the petition, the judge had suo motu impleaded 20 government officials, including government secretaries for Revenue, Rural Development and Commercial Taxes and Registration.

At the hearing on November 22, justice Kirubakaran directed the IG Registration to furnish details of the documents registered from 1990, vis-à-vis the marshlands, within 12 weeks. He also directed the joint registrar, south Chennai registration office, not to register any documents relating to Pallikaranai marshlands.

The authorities were also further directed to prohibit construction of any kind in the marshland.

The government was directed to publish advertisements in newspapers, informing the public about the prohibition, with regard to registration of any documents of marshlands. The judge also directed the authorities to verify whether pattas have already been changed, in respect of the marshland, in favour of private parties.

Last year, justice Kirubakaran had expressed shock at the shrinking of Pallikaranai marshland and directed the Tamil Nadu government, to furnish details on encroachment, dumping and burning of garbage and measures for its protection. 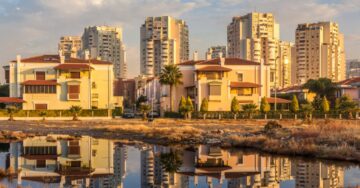