Situated just two minutes from the Jama Masjid, the Haveli derives its distinctive features from the Late Mughal architectural style, although parts of it have also been influenced by 20th Century architecture. During the Mughal and late Mughal Period, a large numbers of havelis were built by the courtiers in this region. This one in particular dates back to 1887 AD, and was designed for both residential and commercial use.
It now operates as a luxury hotel. 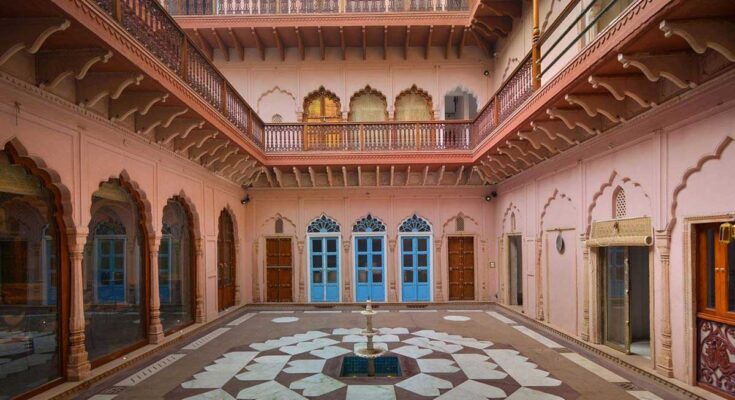 The palace was built in 1928 in the Anglo-Indian style of architecture by General Amar Singh, Thakur of Kanota & Commander of the erstwhile Jaipur State Force. He used it as a country residence where he could withdraw to when he wanted a change from his busy administrative and court life, and from the cares of the Kanota family’s Haveli within the walled city.
It now houses Bar Palladio, a modern restaurant, which is one of the most popular in Jaipur. 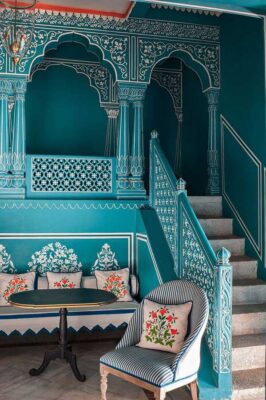 Located two hours from Vadodara, this ancestral property in Madhya Pradesh was the palace of the Kathiwada royal family. It was originally used as a hunting lodge. The Kathiwada Royal Family dates back 700 years, and the walls of the palace are adorned with hunting trophies.
It now operates as a luxury wellness retreat. Built in 1464, the Neemrana Fort-Palace became the third capital of the descendants of Prithviraj Chauhan III, who had fled Delhi in 1192 after he was vanquished in battle. By the 1940s, the façade of the Fort-Palace had crumbled and its ramparts began to give way.
It was restored and re-opened as a hotel in 1986, and is among India’s oldest heritage resort hotels. This is one of the oldest and most treasured palaces in Jaipur. Home to the Maharaja of Jaipur, it is a goldmine of old-world opulence and architecture. It was built as a private abode, surrounded by lush manicured lawns, for the Maharaja’s wife. The Rajmahal Palace continues to stand as a silent symbol of the royal family since 250 years.
It is now widely considered as one of the most luxurious and beautiful hotels in the country.

This was a palace once inhabited by queens. Built for the 16 wives of Bakhat Singh, the Maharaj of Jodhpur, Ranvas once consisted of 10 elaborately furnished havelis, each self-contained with bedrooms, staff quarters, kitchens and courtyards.
The fort is now operated as a luxury hotel, and even has a museum in the vicinity that explains its history. 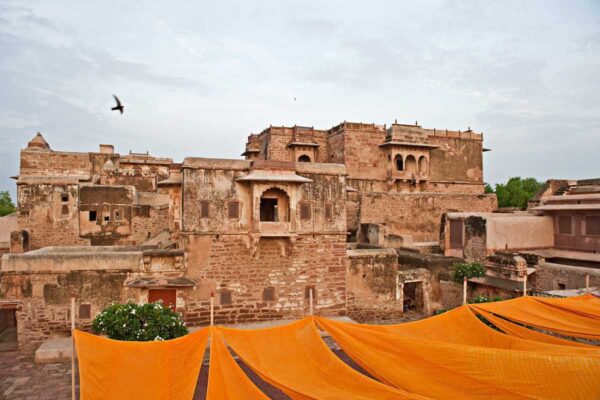 This is a fairly modern palace, built in 1927 for Sir Ajit Singh, the younger brother of the Maharaja of Jodhpur, Umaid Singh. It is located near the more famous Umaid Bhawan palace, and is spread over an area of 20,500 square feet.
It is now operated as a heritage hotel. 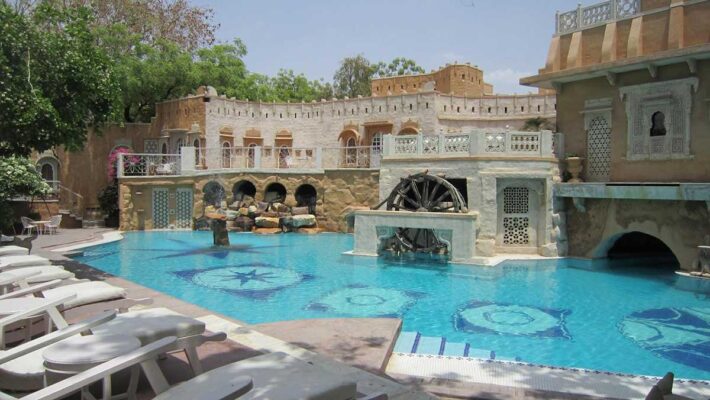 *Disclaimer: all the images used in this post have been taken from various lifestyle websites. If you have any concerns about the images used, do drop us a message, and we’ll help you have it resolved.

Easy ways to spruce up your balcony garden.

When a simple bookshelf just won’t do! Storage ideas for book lovers.