The Maharashtra cabinet, chaired by chief minister Devendra Fadnavis, on October 23, 2018, gave its nod to form the state housing development corporation, to boost the implementation of the Pradhan Mantri Awas Yojana (PMAY). Minister for housing, Prakash Mehta, said the corporation will boost the PMAY housing scheme, as well as speed up mega housing projects.

“The government aims to complete five lakh houses, for the economically backward classes and low and medium income group beneficiaries, through MahaHousing. It will be affordable housing,” the minister said. Maharashtra has set a target to complete 19.40 lakh houses under the PMAY, by the end of 2022. The centre has given its permission to build such houses in cities across the state, he said.

The project will be implemented through public-private partnership, as well as a joint venture scheme. However, to implement the scheme in a time-bound manner, there is a need to form a separate agency, other than the Maharashtra Housing and Development Authority (MHADA) and that is why the decision to form MahaHousing was taken, Mehta said. 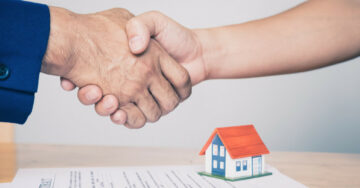 [fbcomments]
For any feedback, write to us at editor@housing.com.
https://seo.housing.com/api/v1/housing_news?tags=affordable%20housing,Housing%20corporation,MahaHousing,Maharashtra,Maharashtra%20Housing%20and%20Development%20Authority,MHADA,PMAY,Pradhan%20Mantri%20Awas%20Yojana,Slum%20Rehabilitation%20Authority,SRA