West Bengal’s new IT policy aims to disseminate the IT/ITeS activities across the state, for the benefit of the population in the fringe and rural areas. This will be a game-changer for the state’s real estate market, as well as its larger economy, according to a report, ‘Kolkata: The East’s Icon of Balanced Growth’, by ANAROCK Property Consultants.

The state’s new IT Policy plans to achieve 25 per cent of the share of the country’s IT/ITeS exports by 2030, from the current share of less than five per cent. In order to achieve this ambitious target, the state has planned to develop 13 new IT parks across the state, the report pointed out. “As east Kolkata is saturated with IT developments, the state government is spreading the new IT developments into other parts of the state. Hence, other zones of Kolkata are most likely to witness housing demand, like eastern Kolkata,” the report added.

Commenting on the state’s property market, Anuj Puri, chairman, ANAROCK Property Consultants, said, “West Bengal’s real estate, since 2015, witnessed a marginal appreciation in its capital values. However, the market is expected to be back on a growth trajectory, with controlled supply, steadily growing absorption and with some significant reforms from the state government. The state has also undergone a strong transformation in the IT/ITeS sector, with the presence of 12 established IT parks and 13 more to come. However, West Bengal is struggling with a few growth inhibitors such as the slow-paced progress of key infrastructure projects, unavailability of skilled labour and relatively slower growth in IT/ITeS exports.”

Check out price trends in Kolkata

East Kolkata, the major employment hub of the city, is slowly getting saturated and unsold inventory has risen during the last few years, although it is lower than the levels of 2015. The inventory overhang is growing owing to the rising supply.

The sales momentum in the southern markets of Kolkata is expected to continue at lower prices, with the peripheral regions being the most active. Prices in the region are likely to remain stable in the short term.

High price points have caused the markets of north Kolkata to become sluggish, resulting in lower sales volume. However, improved infrastructure and connectivity may generate renewed interest from home buyers. Prices are anticipated to remain stable.

Check out properties for sale in Kolkata 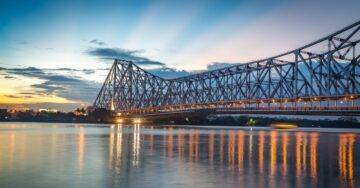 [fbcomments]
For any feedback, write to us at editor@housing.com.
https://seo.housing.com/api/v1/housing_news?tags=Anarock%20Property%20Consultants,Ballygunge,Bandhaghat,Barasat,Barrackpore,Baruipur,Belgharia,Dankuni,Diamond%20Harbour%20Road,Dum%20Dum,East%20Kolkata,East%20West%20Metro,EM%20Bypass,Garia,Gariahat,Gariahat%20Road,Howrah,IT%20and%20Electronics%20Policy,Joka,Kalikapur,Kolkata,Makardaha,Narendrapur,north%20Kolkata,Rajarhat%20New%20Town,Salt%20Lake%20City,Santragachi,Sector%20V%20Salt%20Lake,South%20Kolkata,Uttarpara,west%20bengal,West%20Kolkata