Home » Current News » No funds shortage but lack of willingness on part of states: SC on solid waste management

A Supreme Court bench of justices Madan B Lokur and Deepak Gupta, on December 18, 2017, said that the issue pertaining to solid waste management was needed to be looked into with all due concern and seriousness by the state governments, particularly in context of the ‘Swachh Bharat Mission’.

The ‘Swachh Bharat Mission’ is a cleanliness campaign, launched by prime minister Narendra Modi. “It is stated in the affidavit of the Ministry of Environment, Forests and Climate Change (MoEF) that the Government of India has launched a Swachh Bharat Mission, for which there is a total outlay of Rs 36,829 crores, out of which Rs 7,424 crores have been made available by the central government,” the bench said. “Therefore, it is quite clear that there is absolutely no shortage of funds, but there is only absence of any initiative or lack of any willingness to take any positive steps for solid waste management,” it said.

Additional solicitor general ANS Nadkarni, appearing for the MoEF, referred to the Solid Waste Management Rules, 2016 and said that one of its provisions, required setting up of a state-level advisory body (SLAB).

When the court was informed that some of the states have not had even one meeting of the SLAB, the bench said, “It is quite clear from the above that there is no seriousness attached to the management of solid waste, to the extent that even the SLAB has not been set up and in some cases where the body has been set up, it has not even met once in six months.”

The court asked the MoEF to issue a communication to all the states, requiring information from them about setting up of the SLAB, names of its members, number of meetings held, the decisions taken and steps taken for implementation of the 2016 rules. The bench made it clear to the state governments that in case they do not provide full, correct and accurate details to the MoEF, they would likely be burdened with ‘very heavy costs’.

“The state governments should keep in mind the fact that availability of funds is not a problem under the Swachh Bharat Mission and also keep in mind that solid waste management is a huge problem being faced by the country at this stage,” it said in a recent order and fixed the matter for hearing on February 6, 2018. The court had earlier expressed grave concern over deaths due to vector-borne diseases like dengue and chikungunya and said that lack of waste management, was the cause for several lives being lost across the country from such diseases. 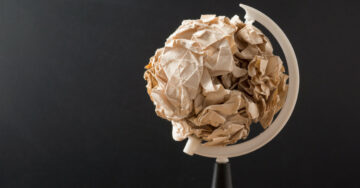 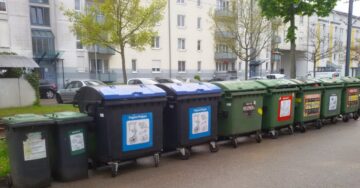