The world’s smallest home in Germany is an engineering marvel beyond belief. It offers a futuristic glimpse into what contemporary homes may transform into, if space-starved public spaces, community areas and even congested metropolises of the world are taken into account. This home is a prototype for the best temporary accommodation in almost any scenario and has made headlines the world over, for its sheer ingenuity and innovativeness. After spending a large chunk of his life as a refugee and having to stay in social housing schemes, Le-Mentzel finally decided that he would build a home solely for his own usage. He explains how this was the sole square metre in the whole world, where he can decide in what direction the window will face, where the door will open and what neighbors he would have. Le-Mentzel, a native of Laos, who fled as a refugee, has spent a large part of his professional life explaining home-related concepts while partnering with Corinne Rose from the BMW Guggenheim Lab in Berlin for establishing a global village comprising these charming and super-tiny mobile home units.

The BMW Guggenheim Lab is encouraging the concept that has been developed by Le-Mentzel. They are encouraging the development of numerous such tiny homes by citizens of Berlin, stating that participants can build the house if they cannot afford the fee required for materials, rent it for free to the lab and then after a certain period, come back and fetch it for themselves. In the meantime, the lab will be renting out these homes for travelers and students at jaw-dropping rates. In fact, they can be rented on AirBnB, as well. The home is supposed to embark on a six-year tour, throughout the world. Residents of New York and Mumbai, among those in other cities, will be encouraged to look at these tiny homes.

See also: An eco-friendly home, made from coconut shells

One of the biggest USPs of tiny homes is that they come with superior ergonomics and maximisation of space through innovation. The home can be laid on its side and it becomes a bedroom. It can be put upright and it becomes a meeting room or a place to hangout. Being outfitted with wheels, it becomes fully mobile whenever required, as well. Van Bo Le-Mentzel owes much to his collaboration with Corinne Rose, his fellow creator at the Berlin-based BMW Guggenheim Lab which is a modern think-tank that encourages collaboration between creative professionals and other individuals. The prototype has already been extensively tested and promoted in front of the famous Oberbaumbrucke in Berlin with successful results. The next stage is the creation of a whole tiny house village as mentioned earlier.

Who is the creator of the world’s smallest home?

Van Bo Le-Mentzel is the architect behind the world’s smallest house in Berlin, Germany.

Who has he collaborated with for creating this house?

He has collaborated with Corinne Rose at the BMW Guggenheim Lab in Berlin for building this pioneering home.

How much space does this house occupy?

The world’s smallest house occupies a total space of only one sq metre. It is, thus, known as the One-Sqm House. 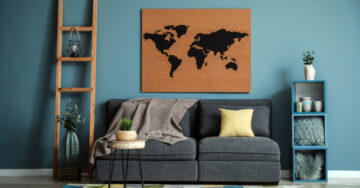 Use your travel collectibles to create an interesting home décor.

How to use glass in your home décor. 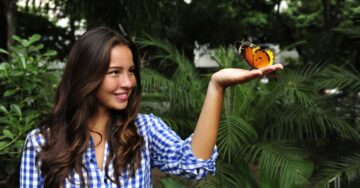 Tips to create a garden for butterflies, at home. 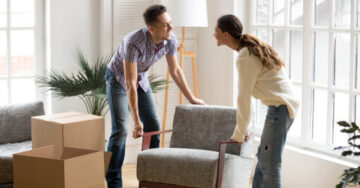