The Parliamentary Standing Committee on Science and Technology, Environment and Forests, in its 324th report on ‘Status of Forests in India’, tabled in the Rajya Sabha on February 12, 2019, said no action plan was prepared by the Ministry of Environment and Forests (MoEF) for controlling the illegal cutting of trees in forests. “The committee is of the view that the Ministry of Environment must take due cognisance of the illegal felling of trees in different parts of the country and in coordination with the concerned states and union territory administrations, prepare an action plan for tackling this menace,” it said. The ministry should impress upon all the forest management authorities concerned, to take necessary action and utilise the constitutional provisions to restrict this illegal practice, it added.

The panel relied on the India State of Forest Report, 2017, according to which the total forest and tree cover in India was 80.20 million hectares, which was 24.39 per cent of the geographical area of the country. However, the report said, there was a reduction of 0.34 million hectares of moderately dense forests, which indicated forest degradation. “The committee is concerned about the decline in the forest cover in the north-eastern states, which is 65.34 per cent of its geographical area, in comparison to the national forest cover of 21.54 per cent. The committee recommends that the concerned state governments and the Ministry of Environment, Forest and Climate Change must look into the factors responsible for the decline in the forest cover and take all necessary steps to ensure that the trend of decline in forest cover in these states is arrested at the earliest,” the report said.

The panel report noted that there was a decrease of forest cover to the extent of 630 sq kms in the north-eastern region, which was attributed to shifting cultivation and other development activities in the region. “On one hand, the government is spending crores of rupees for environmental protection, while on the other hand, illegal cutting of trees and transportation of wood have been plaguing our forests in a big way,” it added. It also sought that the report on illegal cutting of construction timber in a forest near the border area of Nepal in Shravasti district of Uttar Pradesh be shared with the committee by the UP forest department at the earliest.

The committee also said an insufficient budget allocation to the National Afforestation Programme (NAP) was hampering achieving the annual targeted area of afforestation during the last few years, which had already declined gradually over the last four years. “The committee, therefore, recommends that the MoEF must ensure that adequate allocation is made for the National Afforestation Programme and the targets under the programme are achieved. Further, the concerned state governments should also provide their share of the changed funding pattern to make the NAP a success,” it said.

Quoting a ministry official, the panel report said according to the government, India should have 33 per cent forests but it presently had only 24-25 per cent forests and the rate of growth was not fast enough, for forests in the country to reach the target immediately. The committee recommended that the ministry should judiciously manage the forests in the country, if required, through necessary policy interventions. “Environment and development are supplementary and complementary as the two sustain each other. The need, therefore, is to strike a fine balance between the two and to pay due attention to both, within a sustainable development framework,” it said. 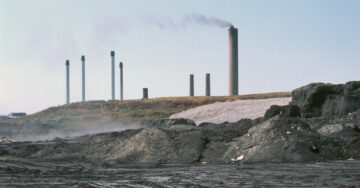 [fbcomments]
For any feedback, write to us at editor@housing.com.
https://seo.housing.com/api/v1/housing_news?tags=environment%20ministry,Ministry%20of%20Environment%20and%20Forests,MoEF,National%20Afforestation%20Programme,Parliamentary%20Panel,Tree%20felling