According to a report by property consultant Cushman & Wakefield, private equity (PE) investments in the realty sector grew by 17 per cent in 2017 to Rs 42,800 crores, as against Rs 36,590 crores in 2016. Out of the total, the residential segment attracted highest investments of Rs 15,600 crores, while Rs 13,200 crores was invested in the office space. Nevertheless, investments in residential real estate declined by almost 29 per cent in 2017, as compared to 2016, it said.

The investment into the real estate sector in 2017, has risen a whopping 52 per cent since 2014, aided by better ease of doing business, relaxation in FDI norms, introduction of GST and defining of norms for REITs listing, the report said. “The office sector witnessed a massive jump in investments to Rs 13,200 crores from Rs 4,000 crores in 2016, led by stake sale in office portfolio of a leading developer.  The residential segment, on the other hand, witnessed a decline from Rs 21,870 crores in 2016 to Rs 15,600 crores in 2017,” the report said.

The jump in inflows during 2017, was mainly on the back of a three-fold rise in investment in office segment, signalling heightened interest of institutional investors, in pre-leased office assets. During the year, the market witnessed large deals, with the average transaction size rising almost 34 per cent to Rs 4,300 crores.

The deal book was dominated by foreign funds, accounting for 60 per cent of the investments, who chased big-ticket deals in residential, office and industrial assets, the report stated. “Institutional investors are foreseeing strong demand for office space by occupiers. Investors will continue to plough in funds into ready commercial office assets, which yield stable returns and can be listed under REITs. Like 2017, we expect foreign investors to dominate investment volume in 2018, with office and industrial sectors in focus,” Cushman & Wakefield’s country head and managing director, Anshul Jain said.

According to the report, the momentum in investment volume has slowed, as investors are adopting a cautious stance at a time when the residential market is subdued. “Currently, developers are launching fewer new projects, as they straddle with an environment of high inventory, weak demand and are focused on ensuring new projects are in compliance with regulatory changes like the Real Estate (Regulation and Development) Act (RERA) and GST,” it said.

The industrial segment witnessed the third-highest private equity inflows in 2017, at Rs 6,540 crores. Jain further said that with GST in place and the recently accorded infrastructure status for logistics, the industrial and warehousing sector, has become an attractive proposition for investors. “The sector will give ample opportunities for developing modern and efficient warehouse management, catering to the rising demand for space driven by the e-commerce segment,” he added. The report further said granting of infrastructure status to this segment, will enable access to cheaper finance, thereby, aiding the development of warehousing facilities and logistics parks.

According to the report, Mumbai witnessed the highest investments during the year, with almost Rs 15,000 crores worth of funds being pumped into the market, a massive 41 per cent increase over the previous year. Delhi recorded investments of Rs 4,380 crores, while Bengaluru, Pune, Chennai and Hyderabad reported PE flow of Rs 5170 crores, Rs 1,450 crores, Rs 2,970 crores and Rs 940 crores, respectively. 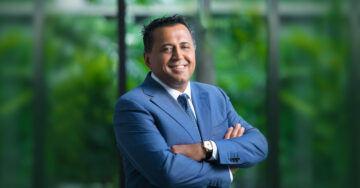 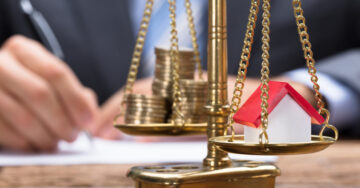