Investing in a house is as much an emotional decision, as a financial one. While buying a property, people look at details like the area of the flat, its location and negotiate on the price but emotional issues may make them overlook certain crucial issues. For example, many times, there are circumstances in which a home buyer registers the property in his/her parents’ name or shares the property with his parents. While it is common for people to buy homes in more than one name, it is not a decision to be taken lightly, especially when the person paying for the home is not featured on the agreement for sale, or paperwork for the home. We look at two cases, to explain this situation.

Case 1: Preeti and Vipin Singh, who bought their first house in Mumbai, without registering their names as owners

“While buying the property, we thought that registering it in my mother-in-law’s name, would make her happy. However, after her demise, my husband’s siblings have claimed their rights over the property and a bitter property battle has ensued,” says Preeti.

See also: Impact of divorce on a property under joint ownership

In such cases, there is a lot of scope for disputes and liquidating the property can become a problem, unless the buyer takes precautions, such as obtaining a power of attorney for the property. “Ideally, parents should make a will, declaring the buyer of the property as the rightful inheritor. In the absence of it, the buyer can take an irrevocable power of attorney in their name, to ensure that a dispute does not arise over the property,” advises Rajiv Nehru, head of training and product development, RICS South Asia.

Case 2: Daksh Kothari, who invested in a property, as a co-owner, with his uncle

Another case in point, is that of Daksh Kothari who invested in a property. His uncle also sold a plot and in order to save tax, he entered into a joint registration of his nephew’s property, even though he did not invest anything monetarily. This deed later resulted in Kothari’s cousins contesting for the property, for which he had invested his hard earned money.

“Often, the decision to include another person’s name in a property agreement, is an emotional one,” points out Farshid Cooper, managing director, Spenta Corporation. “However, on other occasions, it could be because of taxation reasons or for the purpose of availability of home loans. It is important to note that it does not matter who pays for the home. The home always belongs to the person/people whose name(s) are mentioned in the agreement for sale,” says Cooper.

Purchasing a property in someone else’s name, can significantly complicate matters, not only for the buyer but also for the person in whose name the property is purchased, if the right formalities and legalities are not adhered to. It may also create problems in the future, during the sale of the property. “The sales consideration always comes in the registered person’s account and its recovery will be difficult. There may be a case of double taxation issues, as well,” adds Dinesh Doshi, managing director, Tulsi Realty. 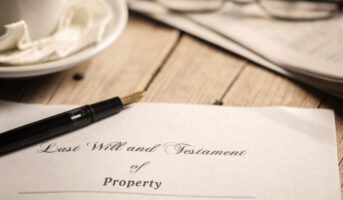 Agreement for sale or final payment: What constitutes a transfer of property?. 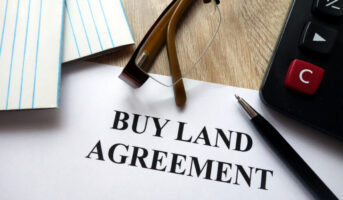