One does not tend to think of Pune as a metropolitan city, especially when compared to neighbouring Mumbai. Unlike Mumbai, however, Pune has the benefit of being able to grow spatially and it has been doing so at a very rapid rate. With the constant absorption of surrounding villages, the city will, at some point, overtake Mumbai in terms of developed and developing urban areas. Even today, Pune’s suburbs account for a massive geographic spread and these suburbs are seeing the highest rate of affordable and mid-range housing developments.

Some of these suburbs perform better than others. Suburbs closer to the city’s IT/ITeS parks perform best, as they attract steady demand from buyers with bigger budgets. Consequently, such locations also have better civic and social infrastructure. Other suburbs have large integrated townships being developed. Many of the extended suburbs, presently have only budget housing being developed. However, with infrastructure improvements and spill-over of demand from saturated areas close by, these extended suburbs witness a corresponding improvement in their profiles.

Why the suburbs are better than central locations

Contrary to popular belief, the suburbs are where the actual real estate action lies. There is a common misconception, vis-à-vis growing cities like Pune, that the most valuable real estate locations lie in the city’s central areas. While housing options in and around the center of the city, will always see demand thanks to their proximity to the central business district and secondary business district, many of these central locations remain unaffordable and congested. Developers are usually able to acquire only very small land parcels in central areas. Such plots will accommodate only a limited number of flats in the housing project.

Moreover, as the space available on such plots is restricted, these developers offer limited or no amenities in these projects. At the end of the day, what one sees, is tiny and restricted residential areas that offer little or no lifestyle amenities, while simultaneously adding to the urban woes in Pune’s central areas.

Some of the best-performing suburbs, which host projects with good facilities by reputed developers, are Ambegaon, Undri, Hadapsar, Baner, Wakad and Hinjewadi. These suburbs are driven by Pune’s burgeoning IT/ITeS sector, which has proven to be the single-largest booster for residential and commercial real estate in the city. While properties in and around the IT hubs tend to be too expensive to attract the bulk of end-users and investors, areas that are well-connected to these employment hubs and also offer lower property prices, are very much in demand.

Should you buy a house now or wait for the Real Estate Regulation Act?. 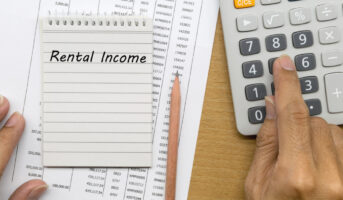 Dos and don’ts for buying a property to earn rental income. 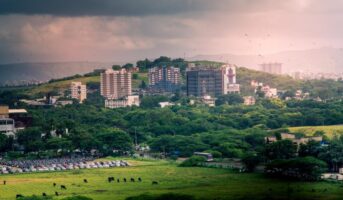 Top localities in Pune for buying or renting property.

[fbcomments]
For any feedback, write to us at editor@housing.com.
https://seo.housing.com/api/v1/housing_news?tags=affordable%20housing,Ambegaon,Amit%20Enterprises%20Housing%20Ltd,Baner,Hadapsar,hinjewadi,integrated%20township,ITeS%20sector,property,pune,real%20estate,suburbs,Undri,Wakad