While a borewell is usually used to extract groundwater, this structure can also be used to harvest rainwater and recharge the groundwater table, says Hyderabad-based Subash Reddy, director of Smaran, an organisation that works for soil and water conservation. Reddy strongly believes that a single model of rainwater harvesting (RWH) alone, cannot work across all sorts of terrain and construction sites.

“In Hyderabad, we find thousands of borewells, with depths ranging from 120 ft to 1,000 ft that have been abandoned, as they have gone dry because of over extraction in the area or low ground water levels. Each borewell may be worth thousands to lakhs of rupees. However, residents keep planning for new borewells to extract ground water, while ignoring abandoned ones in their premises,” says Reddy. Although there’s increasing awareness about rainwater harvesting in the city, people are often unaware of the effective methods to augment the water table, feels Reddy.

The potential for rainwater harvesting in Hyderabad

“To put it simply, rainwater harvesting means catching and holding rain where it falls and using it. We can store it in tanks, or use it to recharge groundwater by different methods. The problem is that people wait till May and June to implement the system, which is not enough time to build the structures, before the rain starts. The best time to construct the structures is from the end of the rainy season, until the beginning of the next rainy season. This gives eight months to plan and execute such projects,” Reddy explains.

In a city like Hyderabad, which has an annual rainfall of around 600-800 mm, a 100 sq metres catchment area has an annual water harvesting potential of around 51,000 litres. However, a large quantity of this water goes untapped, although rainwater harvesting is mandatory for all buildings with an area of 300 sq metres or more. Consequently, many of the borewells go dry between January and June, each year.

Moreover, as the city is situated on the Deccan Plateau, there are rocks everywhere. Hence, regular methods of recharging the groundwater, may not be successful at all places, as one may not be able to find sheet rock or boulders beneath the proposed RWH pit. Sometimes, the presence of clay soil may also make percolation minimum or impossible. It is more important for the rainwater to reach the deep aquifers vertically, rather than travelling horizontally through the weathered zone. Under such circumstances, improvised RWH methods can increase infiltration by 10 per cent.

One such improvised RWH method, is the inverse borewell (IBW) technique. In this method, workers from Smaran locate dry or abandoned borewells and even working borewells if there are more than two available and convert them into recharging structures. The entire rooftop rainwater is allowed to percolate via a silt chamber, which joins the deep aquifers, resulting in increased ground water deposits. This method increases the life and yield of existing and surrounding borewells, wherever implemented.

“The advantage of IBW rainwater harvesting, is that the entire available rooftop rainwater is percolated into deep aquifers, provided the borewell profile is suitable. In regular RWH pits, if there are boulders or sheet rock below the soil, then, there is almost nil chance for rainwater percolation,” Reddy elaborates.

According to him, the adoption of this method, resulted in an increase in the groundwater level at many sites in the city, reduced the average dry period between January and June and made abandoned borewells productive, apart from increasing the yield in neighbouring borewells and providing continuous access to groundwater for the community.

For example, Hitec City, which is spread over 10 acres, is one area where rainwater harvesting was successfully implemented, using the IBW method in 2011. The region, which used to require 15 water tankers per day, has now become self-reliant, with no need for tankers, resulting in savings of up to Rs 30 lakhs per annum in two years.

Many individual houses nowadays have borewells, as an alternative source of water supply. Hence, the available rooftop rainwater may be designed to channelise into the existing borewell, after verifying its profile. If there is no borewell available, then a regular RWH pit can be planned. A rainwater harvesting structure should be designed, according to the need and the site. “The success of a RWH project, depends on how ‘site specific’ it is. The site decides the design and the design decides the cost,” Reddy maintains. The key objectives of any such project, are preventing soil erosion and retaining soil moisture. The cost of a RWH system will be almost zero, if it is planned properly during the construction stage itself, he sums up. 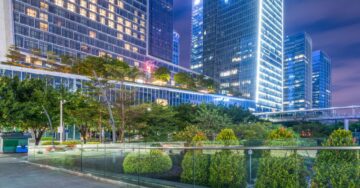 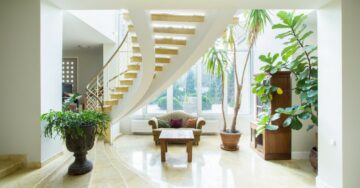 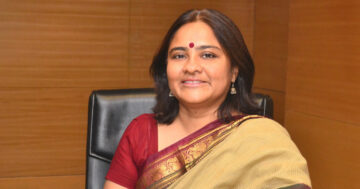