Home » Must Knows » Adam’s Bridge (Ram Setu): Everything you need to know

There are only a few historical structures across the globe that link mythological and historical theories together. One such construction is Adam’s Bridge, also known as Ram Setu. Recently, the central government approved an underwater exploration, to study the structure and determine the age of the Ram Setu and its formation. This study will also help in understanding if the structure is as old as the Ramayana period. Also, there is a demand to make Ram Setu a national monument, although the matter is sub-judice. With this, it becomes more interesting to know if there are possibilities to link Indian mythology with modern day structures. Here is everything interesting that you need to know about Adam’s Bridge. 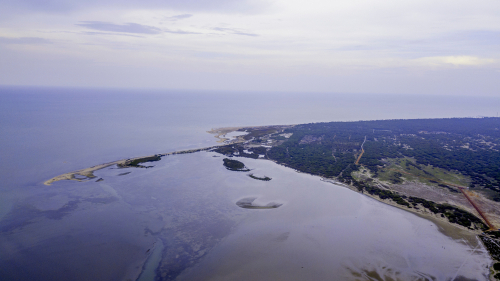 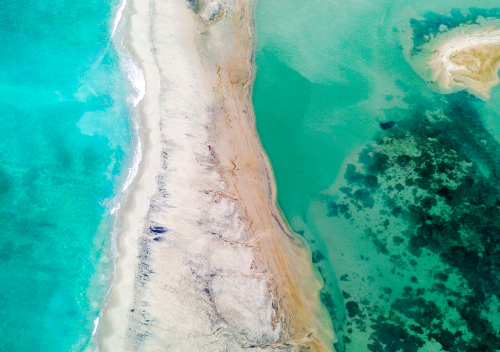 Ram Setu was first mentioned in Valmiki’s Ramayana, a Hindu epic. The bridge is believed to have been built by Lord Rama’s Vanara Sena, with instructions from Nala, for Lord Ram to reach Lanka to rescue his wife Sita. According to legend, the bridge was built using floating stones, with name of Lord Rama engraved on it, which made it unsinkable. Apparently, Lord Rama prayed to the ocean, for a path from India to Lanka, so that he could go and rescue Sita from the clutches of Ravana, the king of Lanka.

Also read all about Daulatabad Fort: An imposing structure with historical significance

Ram Setu, also known as Adam’s Bridge, Nala Setu and Setu Banda, is the only archaeological and historical evidence of Ramayana. According to Hindu mythology, Ram Setu is a holy site. Therefore, no bridge should be built over it. 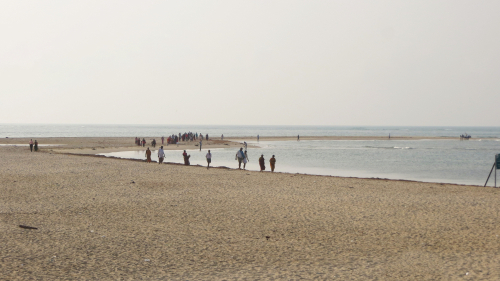 There are a lot of studies and researches that are trying to understand the true nature of this structure. Recently, Raj Bhagat Palanichamy, who works as a GIS and remote sensing analyst at World Resources Institute, tweeted satellite animations explaining the formations between India and Sri Lanka.

Since many had asked this, Writing a short thread on the formation between India and Sri Lanka

Usually many get deceived by “static” satellite images and believe that the Tombolo section as permanent relics of a man made bridge. pic.twitter.com/TEzvgwqnTc

Deeper ocean currents don’t enter the section between Sri Lanka and India because of the Cont Shelf. The sea surface in this section is dominated by longshore currents in two directions – one from Gulf of Mannar and other from Palk strait and they are in opposite directions pic.twitter.com/TyyDmklhSL

Longshore currents bring a lot of sediments. And at the meeting point of the currents they settle and form these islands. Notice in the satellite images below how these islands change a lot owing to current direction, tides, etc. This is just a short term timelapse (<4 years) pic.twitter.com/pkMJuVHcm5

The sediment deposition is a gradual process and has been happening over long time. In the last 30 years, we can notice the changes in the Pamban Island near Dhanushkodi where the islands in deeper section had been volatile whereas sand closer to Pamban have been consolidating pic.twitter.com/ENrBSm9Del

The sediment accretion and erosion is not limited to the section between Rameshwaram and Mannar, deposition has been happening close to the group of islands between Thoothukudi and Mandapam. There is also a spit formation in Kodikarai which has formed Muthupet salt marshes pic.twitter.com/NSLRgqMQJB

What these tell is that these formations are caused by the sea n are not manmade. The desc/location of bridge as mentioned in epics don’t match this either

The future of this Tombolo is dependent on Sea level, Currents etc. It might either consolidate in future or might be lost!

Why is Ram Setu known as Adam’s Bridge?

The bridge first appeared in Ibn Khordadbeh’s Book of Roads and Kingdoms (c. 850), in which it is referred to as ‘Set Bandhai’ or ‘Bridge of the Sea’. Other sources describe this bridge in the context of Adam, crossing over to India from Sri Lanka via the bridge, after his expulsion from the Garden of Eden, leading to the name of Adam’s Bridge. Apart from this, a British cartographer, in 1804, prepared the earliest map that calls this area by the name Adam’s Bridge.

The Ram Setu expedition was carried out in March 2021 by scientists and archaeologists, to explore the limestone shoal chain connecting Rameswaram and Sri Lanka. The expedition aims to understand the characteristics of the limestone rocks, its geological transformation and various other features of this eight-km bridge.

Several proposals were sent to the Indian Council of Historical Research over the past few years. However, this is the first time that the proposal has been accepted and the expedition has received adequate funding from the board. The purpose of the project is to check whether the bridge is man-made and solve the long lasting mythological debate.

This year (2021), Central Advisory Board on Archaeology, a government body coming under the Archaeological Survey of India (ASI), has approved a proposal for an exploration project to find out how and when Ram Setu was formed. The underwater research has begun this year.

The research is being conducted by Council for Scientific and Industrial Research (CSIR) and Goa-based National Institute of Oceanography (NIO), is focusing on the entire process behind the formation of Adam’s Bridge. The study will also look at some of the other facts like any submerged habitations that may be there around Ram Setu.

The research ship vessels of NIO ‘Sindhu Sadhana’ or ‘Sindhu Sankalp’ is being used in the study to gather samples of the sediment lying at a depth of 35-40 metres below the sea level. This research is being based on archaeological antiquities and hermoluminescence dating for geological time scale. The Radiometric Technique is being used to determine age of the structure which has been reported to consist of coral or pumice stones. The corals contain minerals like calcium carbonate that would help determine the age of these structures.

The debate between whether Ram Setu is a man-made bridge has been going on for several decades. However, the bridge has several other surprising facts about it and they are the following:

Sethusamudram project and the Supreme Court

In a separate petition, senior academic and Ex-Vice Chancellor (Alagappa University) Dr A. Ramasamy has said that the Ram Setu does not meet the statutory requirements of an ‘ancient monument’ tag and the Supreme Court has no power to declare Ram Setu a ‘national monument’.

Dr A. Ramasamy is the president of the Dravidian Historical Research Centre (DHRC). He quoted a 130-year-old German research that had concluded that “Adam’s Bridge is not man-made”. Professor of Jena University (Germany) Dr. Johnnes Walther had undertaken a research on Ram Setu or the Adam’s Bridge in 1891, said Ramasamy.

Sethusamudram Shipping Canal Project (SSCP) had proposed to connect the Gulf of Mannar and Palk Bay by the creation of a shipping canal between India and Sri Lanka. Sethusamudram is the sea between India and Sri Lanka that has a depth of less than 10 meters. Because of this shallow region, India does not have a continuous navigation channel connecting its East and West Coast. The SSCP proposed to connect the two coasts of India directly, thereby reducing the distance between Cape Comorin and Chennai and also prevent ships from circumventing Sri Lanka. Thus, the time taken to reach one coast from the other would also be reduced through the Sethusundaram Shipping Canal Project.

Engineering students in Madhya Pradesh to be taught about Ram Setu

Madhya Pradesh has taken a decision to revise the curriculum for undergraduate students in the state and students of engineering to include studies on Ram Setu.

Bollywood actor Akshay Kumar is making a movie ‘Ram Setu’ and has concluded the shooting of the film. The movie is being co-produced by Amazon Prime Videos.

The Save Ram Setu campaign was launched on 27th March, 2007, a day popularly celebrated as Ram Navami to save the Ram Setu. This campaign was jointly organised by several international organisations who supported the cause. These organisations stated that the Setusamudram Canal project could have serious environmental impacts. Though the project was assessed earlier, most of the protestors believed that such an assessment was carried out prior to the tsunami and could currently create more disastrous effects on the environment and marine life. the construction of the canal project could also affect the livelihood of the fishermen living in this area and disrupt the popular industry of conch shells. Furthermore, the groups also supported the sacredness of the bridge and said a mythological structure with a rich heritage and immense sentimental value to the Hindus cannot be destructed.

The Save Ram Setu campaign had the following claims:

Can we visit Ram Setu?

Visitors can reach Ram Setu Bridge by local vans from Dhanushkodi and witness the floating stones that were used in the bridge.

Can we walk on Ram Setu bridge?

Yes, the water is very shallow and one can walk on the structure for some distance.

How Long is Ram Setu?

The length of Ram Setu is about 48 kms.

How old is Ram Setu?

According to a study conducted by madras University and Anna University, the Ram Setu was formed as many as 18,400 years ago. The study was funded by the Indian National Centre for Ocean Information Service (INCOIS) and University Grants Commission. The study was done to find out the past of Gulf of Mannar area, that was not impacted by disasters like the 2004 tsunami.

What are the other names for Ram Setu?

Nala Setu, Setu Band and Adam’s Bridge are the other names for Ram Setu. 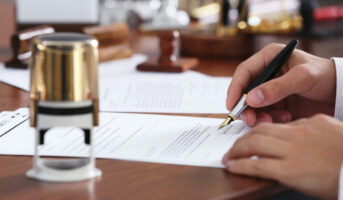 Tnreginet: Know how to get EC, Guideline value online in Tamil Nadu. 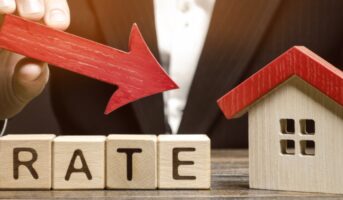 How to deal with advance payments during property purchase. 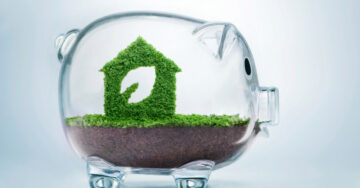