Five years after it was proposed, the decks have been cleared, for the construction of an elevated six-lane corridor that would start at Delhi’s Mayur Vihar and end at Mahamaya flyover on the Noida-Greater Noida Expressway, officials said, on December 14, 2018. The 5.5-km-long corridor would help ease traffic on the busy stretch that sees heavy vehicular movement. Noida Authority officials said the work on the corridor, estimated to cost Rs 650 crores, would begin by January 2019 and is scheduled to end in 42 months. Half of the project’s cost would be borne by the Noida Authority, while the other half by the Uttar Pradesh government.

The feasibility study for the elevated structure, from Mayur Vihar flyover near Chilla regulator to Mahamaya flyover, along the Shahdara drain, was carried out in 2013 and was presented for approval to the UTTIPEC but could not be cleared, due to the non-availability of a no-objection certificate from the Irrigation and Flood Control Department of Delhi, according to a senior official. The Unified Traffic and Transportation Infrastructure (Planning and Engineering) Centre or UTTIPEC, is an agency set up by the Delhi Development Authority (DDA) that examines and clears any project that could have an impact on traffic in the Delhi-NCR. “The NOC from the Irrigation and Flood Control Department of Delhi was issued on December 4, 2018 and the matter was presented during the 58th governing body meeting of the UTTIPEC and the project was accorded approval,” Noida Authority chief Alok Tandon said, in a statement.

The elevated road will help ease traffic in areas like Akshardham, Mayur Vihar, Pari Chowk, Kalindi Kunj and Sarita Vihar, Tandon said. He said the elevated road will pass through Noida Sector 14A, 15, 15A, 16, 18 and finally connect to the Noida-Greater Noida Expressway before Mahamaya flyover. 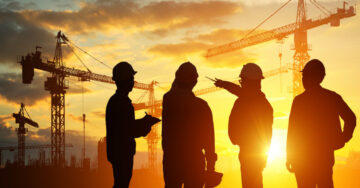