The Supreme Court, on May 16, 2018, ordered real estate firm Jaiprakash Associates Limited (JAL), to deposit an additional Rs 1,000 crores, by June 15, 2018, to refund money to the home buyers, if the company wanted to stay the liquidation proceedings against its subsidiary company Jaypee Infratech Limited (JIL). The direction came from a bench headed by chief justice Dipak Misra, when lawyer Anupam Lal Das, counsel for JAL, said that holding firm JAL be allowed to revive its crisis-hit subsidiary JIL, as its liquidation would neither be in the interest of creditors, nor in the interest of home buyers.

The bench, which also comprised justices AM Khanwilkar and DY Chandrachud, directed that in case of default in depositing the money by June 15, ‘the statutory proceedings against JIL shall proceed’. It then asked lawyer Pawan Shree Agrawal, who is assisting the court as an amicus curiae, to disburse the money to the home buyers who wanted a refund, on a pro-rata basis. Senior advocate CA Sundaram, representing a financial institution, said most home buyers had taken loans from banks and hence, it should be ensured that they pay the refunded money to the banks only. The court asked the banks that have granted loans to home buyers of JIL, to send their representatives, to discuss this aspect with the amicus, to ensure that the disbursed amount goes to the financial institutions.

See also: Jaiprakash Associates asks SC to consider the revival of one of its firms

At the outset, the counsel for JAL apprised the court about the present status of the insolvency proceedings against JIL and submitted that the holding firm’s resolution, to revive the subsidiary was needed to be considered by the committee of creditors (COC). “We have proposed the best revival plan and the liquidation of JIL is neither in the interest of creditors, nor in the interest of home buyers,” he said. The firm has proposed to offer 2,000 equity shares of JIL to each home buyer, as part of its Rs 10,000-crore proposal to revive it, Das said. The lawyer said the company has been delivering possession of 500 dwelling units every month to home buyers and moreover, 92 per cent of the home buyers wanted possession of their homes. “Please ask the Committee of Creditors to decide whether my (JAL’s) resolution plea for revival of the company (JIL) is worth considering or not,” he said.

Senior advocate Ajit Sinha, appearing for the home buyers, including one Chitra Sharma, said the court had directed the real estate firm to deposit Rs 2,000 crores and only Rs 750 crores had been deposited and hence, it was a case of non-compliance of the order. The company, in its plea, had sought a direction for restraining the National Company Law Tribunal (NCLT) at Allahabad, from proceeding further with the insolvency proceedings. It had also said that the handing over of the company to the ‘sole resolution applicant’, will result in compromising the interests of home buyers, minority shareholders, employees and even the financial creditors of the company.

The apex court had, on January 10, 2018, directed JAL, the holding firm of JIL, to provide details of its housing projects in the country, saying that the home buyers should either get their houses or their money back. The home buyers had moved the apex court, stating that around 32,000 people had booked flats and were now paying instalments. The plea had also stated that hundreds of home buyers were left in the lurch after the NCLT, on August 10, 2017, admitted IDBI Bank’s plea to initiate insolvency proceedings against the debt-ridden realty firm, for allegedly defaulting on a Rs 526-crore loan. 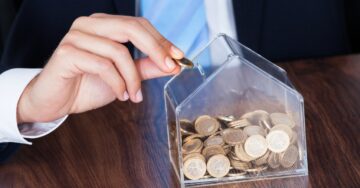 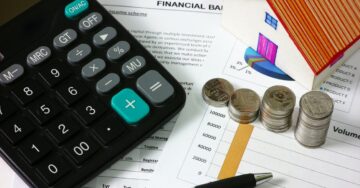