Coming down heavily on the Amrapali Group, the Supreme Court, on September 4, 2018, observed that it appears that a ‘big scandal is taking place in the name of real estate business’ and termed it as a ‘big fraud’ committed on the home buyers. The court asked the Amrapali Group to cooperate with the auditors, or face sealing of its premises and forensic audit of accounts of all entities, including directors, their wives and daughters.

As the National Buildings Construction Corporation India Ltd (NBCC) gave a proposal for completion of 15 residential projects, having 46,575 flats, at an estimated cost of Rs 8,500 crores in six to 36 months, a bench of justices Arun Mishra and UU Lalit said, the court will try to reach the persons responsible for the fraud and retrieve each and every money siphoned off from various projects. “We won’t ask you (NBCC) to put any money. We will provide you all necessary funds to start the project. The idea is that the wheel should start moving,” the bench said and asked the Amrapali Group to file a response to NBCC’s proposal.

The court also took note of a submission made by Anil Mittal, a chartered accountant of Anil Ajay & Company, the statutory auditor for most companies of the Amrapali Group that money from nine firms were used to purchase shares of 37 associate entities. Mittal informed the court that the money taken from home buyers was also used to purchase office space called ‘Amrapali Towers’, in sector 62/63 of Noida.

See also: Don’t play smart, or we will make you homeless: SC to Amrapali Group directors

The bench asked Mittal whether the money, which was used in Group companies, was without any interest, to which he replied in the affirmative. He said the money from nine companies was used in 37 firms, for purchasing shares and a share agreement existed in this regard.

Additional solicitor general Maninder Singh, appearing for Bank of Baroda that has initiated insolvency proceedings against Amrapali, said its forensic audit of some companies, showed diversion of Rs 2,765 crores. “They (Amrapali) are not totally independent and they are with their creditors. Their statements cannot be taken on face value. There is an urgent need for an independent forensic audit of all group companies,” he said.

The bench asked the bank to suggest names by September 6, 2018, for carrying out forensic audit of all companies, within a fixed timeframe.

Singh said he would inform the court, if the bank wishes to carry out forensic audit of all companies, or else suggest another methodology for carrying out such an exercise. “We want to know the outflow of funds from an umbrella company, to even a single entity and its usage. We want to have the forensic audit of every single entity, including the directors who have worked with the company since 2008, including the accounts of their wives, daughters and all related persons”, the bench said.

The court said those found guilty will be under the scanner and their properties will be sold. The bench said it will look into concerns of nominee directors, who, by virtue of being the financial creditors to the Amrapali Group, are on the board and their properties’ details are being sought by the court. Senior advocates Shyam Divan, Siddharth Luthra and Harin Raval, appearing for some nominee directors, said they had nothing to do with the affairs of Amrapali Group and were on the board, because of being financial creditors. “We can’t assess your bonafide at present. We can’t discharge you at this moment. Let the forensic audit report come and then we will see,” the bench said.

At the outset, NBCC chairman Anoop Kumar Mittal, who was present in the court, said that to realise the estimated cost of Rs 8,500 crores for completion of projects, there will be shortfall of Rs 2,038 crores, which can be raised from selling unsold floor space for worth Rs 2,100 crores.

The bench said at present, money cannot be taken from home buyers and to start the construction of pending projects, it may auction some unencumbered properties. The top court had earlier slammed the Group for playing ‘fraud’ and ‘dirty games’ with the court and had ordered attachment of all bank accounts and movable properties of its 40 firms. 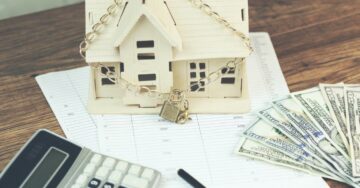 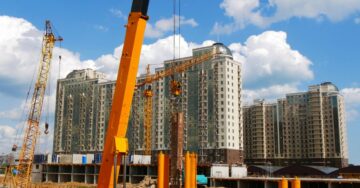 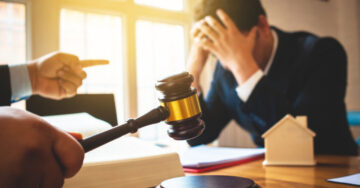 SC allows Corporation Bank to move the NCLT, for claims against Amrapali Group.

[fbcomments]
For any feedback, write to us at editor@housing.com.
https://seo.housing.com/api/v1/housing_news?tags=Amrapali,Amrapali%20Group,Amrapali%20Towers,Bank%20of%20Baroda,Insolvency,National%20Buildings%20Construction%20Corporation%20India%20Ltd,NBCC,noida,SC,Supreme%20Court