Sobha Limited has been declared the top brand in the Indian real estate sector for the third consecutive year, by the Brand X Report 2016-17, an annual study conducted by Track2Realty. For the third time in a row, this in-depth brand perception audit report, has recognised Sobha as the ‘Top National Realty Brand Across Asset Class in India’ and the ‘Top National Realty Brand in Consumer Confidence Index’. In the fifth edition of rating and ranking the brand performance of Indian real estate companies in the fiscal year 2016-17, developers like Sobha, Godrej, Puravankara, Embassy and Brigade, have managed to improve their brand reputation in a challenging market environment.

Ravi Menon, chairman of Sobha Ltd, said that the recognition, was extremely humbling for the entire Sobha family. “We have been very conscious of our international quality products. This recognition by Track2Realty, reiterates our commitment and endorses that we have been able to improve on brand reputation in a challenging market environment and consolidate our positioning and competitive edge.” Sobha also topped the chart in the ‘Brand Disruption’ category, for its Corporate Social Responsibility (CSR) initiatives, across the country.

In terms of the satisfaction index of home buyers, Sobha is followed by Godrej Properties and Puravankara. The Brand X Report also rates Sobha as the number 1 real estate company in mind recall of NRIs, spread over a number of countries. This was done through a global survey among NRIs, aimed at gauging the following:

NRIs from the US, the UK, the Middle East, South Africa, Canada, Australia, New Zealand, Malaysia, Singapore and Mauritius, participated in the survey. The NRIs also voted Godrej Properties and Puravankara, as the second and third best developers, to deal with. The performer of the year is Bangalore-based Puravankara Ltd, moving up, from being the ninth most admired national real estate brand to the fourth best developer across India. Puravankara also stands out as the third best brand in south India and ranks ahead of some of the larger names like Godrej Properties, DLF and Oberoi, on certain metrics.

Nationally, south Indian developers continue to top the brand leadership chart. Out of the top 10 national brands, five are from the south Indian market. Godrej Properties in the only developer to be in the top 10 in all the four regions. However, the brand equity of Tata Housing has taken a severe beating, amidst a plethora of consumer grievances.

The most striking brand upheaval has been noticed in north India, where the slowdown, regulatory challenges and buyers’ grievances, have taken a toll on the market leader DLF. For the first time, DLF shares the number one position in their home turf with a relatively smaller developer by market size, ATS. In north India, the customer-centricity elevates two developers, Gulshan Homz and Prateek Group, into the elite league of brand leadership, for the first time this fiscal year. Mahagun continues to improve its brand positioning, while another large developer, Supertech, continues to lose its brand equity. SARE Homes also lost its brand leadership position in a significant manner.

In west India, two new developers made their way into the top 10 list – Rustomjee and Kanakia Spaces. Godrej Properties tops the brand leadership, while Oberoi Realty, despite its limited inventory, stands at number 2. Lodha Group, despite impressive sales figures, lost its brand equity due to poor customer satisfaction index, while Mahindra Lifespaces and Kalapataru, could not retain their place in the brand leadership of the region this time around.

Two new entrants make their way into south India’s real estate market, with Salarpuria Sattva and Century India appearing in the list of top 10 brands for the first time. The most notable brand loser in the region has been Nitesh Estates that goes out of the list of the top 10 branded developers, owing to poor consumer connect and increasing number of consumer grievances. Tata Housing also dropped out of the list of top 10 in the region.

No major brand upheaval was noticed in eastern India. As a matter of fact, it continues to be the least brand conscious region. Overall, it has been challenging fiscal year for most of the developers across the country and the east zone was no different. 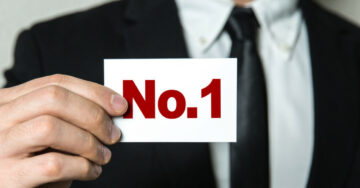 [fbcomments]
For any feedback, write to us at editor@housing.com.
https://seo.housing.com/api/v1/housing_news?tags=Brand%20X%20Report,Brand%20X%20Report%202016-17,corporate%20social%20responsibility,CSR,property,real%20estate,Sobha,Sobha%20Limited,Sobha%20Ltd,Top%20National%20Realty%20Brand%20Across%20Asset%20Class%20in%20India,Top%20National%20Realty%20Brand%20in%20Consumer%20Confidence%20Index,Track2Realty