Every year for 64 years, the Bhatia family has welcomed Ganesha into their home during the festival season, when Mumbai comes alive.

Since 3 years, they have switched to an eco-friendly idol like the one in the picture, which they immerse in their own compound, and use the water for the plants in their garden. Dating back to 1935, ‘Prabha Villa’ has been a constant feature in the oldest parts of Santacruz for almost a century. The Bhatia family has been living here since 1952, and their beloved Ganpati Bappa, for 64! Mr. Bhatia is as fond of his bike, as he is about his sweet senior dog Rex! Rex is now 12 years old, and he has been a part of the family since 2005. It is no wonder then, that he understands the family’s native language, Kutchi.

An ardent biker, Mr. Bhatia has travelled cross-country on his trusty Enfield. A devout man, he visits the Siddhivinayak temple every Sunday, and does not eat or drink anything every morning before doing his daily aarti. The current owner of Prabha Villa is Mr. Dilip Bhatia, and his father had bought this house from its previous owner in 1952. It has seen 5 generations of the Bhatia family grow up in it! Nothing much has changed inside or out. All the furniture inside is made of timeless teak. You wouldn’t know it by seeing how busy this part of town is now, there wasn’t even a proper road in front a Prabha Villa when the family initially lived here. As was the practise until a few decades ago, only a couple of houses in a neighbourhood had the luxury of having a telephone, that all the neighbours would pop in to use. Prabha Villa was one of those homes! In a style of architecture that is now long defunct, the home has an outhouse, and an external spiral staircase, a rare sight in a city being overtaken by skyscrapers. This grand old house is being renovated for the first time in decades. While some necessary structural changes will be made, most of its architectural and interior treasures will be retained. 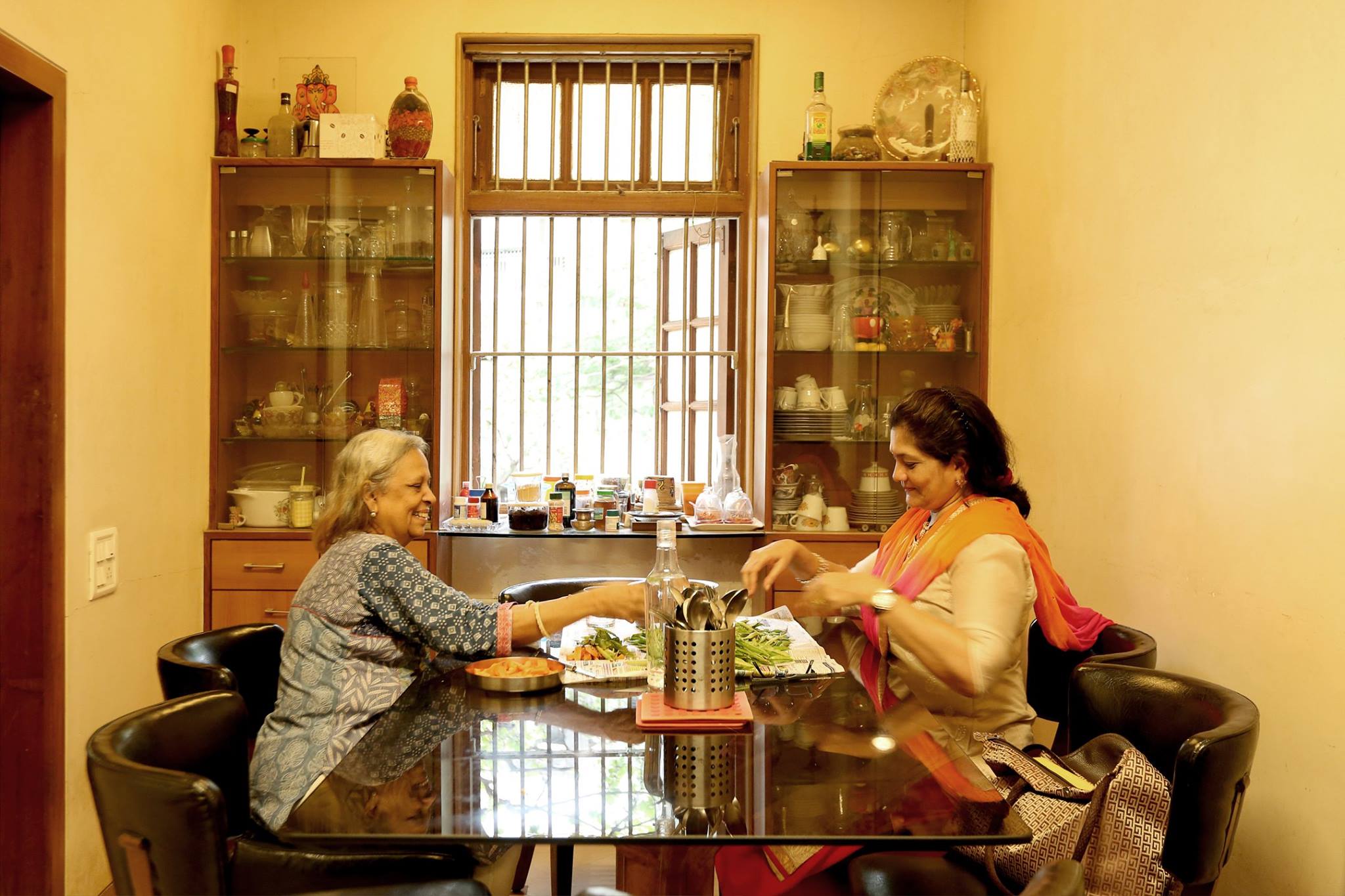 As with any old house that has stood the test of time, Prabha Villa too is filled with artefacts from many years ago.