Tamil Nadu minister SP Velumani, on December 27, 2018, called on civil aviation minister Suresh Prabhu and urged him to reconsider a new proposal by the centre, in connection with land acquisition for the extension of the Coimbatore airport runway. Velumani called on Prabhu in Delhi, along with Lok Sabha deputy speaker M Thambidurai and presented a memorandum in this regard, to the civil aviation minister.

In the memorandum, Velumani, who is the municipal administration minister, said Tamil Nadu initiated acquisition of 627.89 acres, as early as 2010, for the extension of the runway at Coimbatore and the process was reaching its final stage. “Now, the Airports Authority of India, on December 11, 2018, has requested reduction of the total area to be acquired to 365 acres from 627.89 acres, without mentioning any valid reasons,” the memorandum said.

The new proposal has come, after the government convinced land owners to part with their land, after several rounds of negotiations. When the matter is in its final stage after litigations and agitations from the side of land owners, the minister said the fresh plan mooted by the centre will lead to several consequences, which includes the possibility of more litigations.

Velumani said the purpose of the runway extension, is to cater to the needs of industries and exporters in Coimbatore district, who now depended on the Cochin airport for cargo services. Revision of the plan at this advanced stage, would entail a host of tasks like redoing the survey, assessment of crops and buildings, data collection and organising negotiations again with land owners. Also, the present momentum will be lost and it would be a huge strain to the district administration, he said.

“Considering the above facts, the request from the AAI for (downward) revision of area from 627.89 to 365 acres, for extension of the runway, may be reconsidered and the present process for acquiring 627.89 acres may be allowed,” he added. 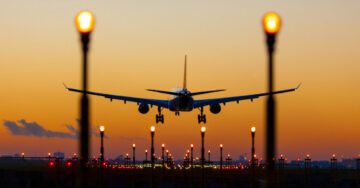