Like all sorts of income, profits made by way of business activities are taxed under the income tax laws in India. As is true of all incomes, the tax payer also enjoys a variety of deductions that he could claim, to lower the tax liability. However, unlike residential property, the treatment of income generated from businesses is different. The same is true of the rate of tax charged on the income thus earned.

With respect to assets that are used for the purpose of business, tax payers are allowed to claim depreciation on the cost of acquisition of such assets. The depreciation, under the income tax laws, for such assets is allowed, on the basis of a concept called ‘block of assets’. There are different classes/types of assets, like tangible and intangible. Within the tangible class, there are various categories of assets like plant and machinery, building, furniture and fixtures, etc.

For the purpose of taxation, all the assets falling under the same class and for which the same rate of depreciation is prescribed, constitute one block of asset.

Under Section 50 of Income Tax Act, if you have sold a capital asset forming part of a block of assets, including building and machinery, on which the depreciation has been allowed under the law, the income arising from the sale is treated as short-term capital gain.

The reader must note here that as land is not a depreciable asset and so, cannot form part of a block of assets in absence of rate of depreciation. Hence, the provisions of Section 50 cannot be invoked, in case of sale of land. If land is held for a period of more than 24 months, the gains earned through the transactions is taxed as long-­term capital gains.

So, depreciation will only be admissible, if the value of the block of assets so calculated is a positive figure. If the computation as stated above results into a negative figure, then, the same is treated as capital gains. For example, consider that the value of the opening balance of a block of assets of office premises, comprising of more than one office, is Rs 50 lakhs. If a businessman disposes of one or more offices for Rs one crore, this makes the value of the block of assets -Rs 50 lakhs. Since depreciation cannot be calculated on a negative figure, the amount of Rs 50 lakhs of surplus is treated as capital gains. Even a single asset on which depreciation is allowed, is treated as block for income tax purposes.

In normal circumstances, the taxability of the surplus of Rs 50 lakhs accruing from the sale of the property, would depend on the period for which the asset was held. In case of profits on sale of office/ residential premises that are not used for business but are let out, on which no depreciation can be claimed, if the same is held for more than 24 months, it would have been taxed as long-term capital gains. However, for assets that are used by the tax payer in his business, the profits arising from the block of assets of a particular class turning negative, is treated as short-term capital gains under Section 50 of the Income tax Act. Long-term capital gains on properties are taxed at a flat rate of 20 per cent, whereas short-term capital gains on properties are taxed at the slab rate applicable to you.

See also: What is long-term capital gains tax on property: 5 things you must know

There are two consequences that follow, if a particular property is treated as a short-term capital asset:

Section 50 versus Section 54 of the Income Tax Act

Generally, for profits on sale of properties, which are held for more than 24 months, you are entitled to claim various exemptions, if you make investments in another residential house under Section 54 or 54F, depending on whether you have sold a residential house or any other capital asset. Alternatively, you can invest the capital gains in bonds of specified financial institutions under Section 54EC, to avail of the exemption from long-term capital gains tax.

However, the provisions of Section 50 treat the surplus on sale of a depreciable business asset as a short-term gain and thus, not eligible for either the benefit of indexation or concessional tax rate of 20 per cent. While there is no clear bar on the tax payer claiming the benefit of exemption by making investments in a house or capital gains bonds, the income tax officials have been denying this exemption to the tax payers, on the contention that these benefits are available for long-term capital gains only and the surplus on a block of assets is to be treated as short-term gains, as per Section 50 of the Income Tax Act.

The same issue was taken up recently, before the Income Tax Appellate Tribunal of Mumbai, in the case of Smt Jaya Deepak Bhavnani, where the tax payer had sold an asset on which depreciation was claimed. The tax payer had only one asset in the block, which was sold at a higher price than the written down value of the asset, which resulted in the block of asset turning negative. The tax payer had invested the entire sale proceeds, as required under Section 54F, for buying a residential house and had claimed exemption under Section 54F. The assessing officer disallowed the claim of exemption of the tax payer but the commissioner of appeals (CIT(A)) allowed the claim. The Income-Tax Department appealed before the tribunal, against the allowance of exemption by the commissioner of appeals.

While deciding this case, the Income Tax Tribunal followed the decision of the Mumbai High Court, in the case of CIT v/s ACE Builders (P) Ltd, where the Bombay High Court had held that the provision of Section 50 only provides for treating the profits on business asset as short-term but at the same time does not provide that the holding period shall also be deemed, to make such asset as short-term. The Tribunal, therefore, held that if the holding period of the property being sold is more than 36 months (now 24 months), because Section 54F makes the exemption available on the basis of the holding period of the asset being sold, then, the exemption is not barred just because some deeming provision treats such profits as short-term. 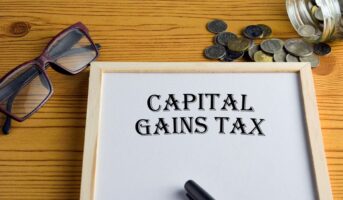 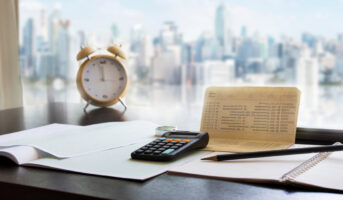 What are the taxes applicable on commercial property. How is profit from the sale of a house property calculated?. 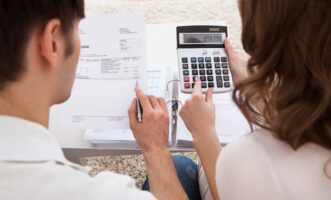 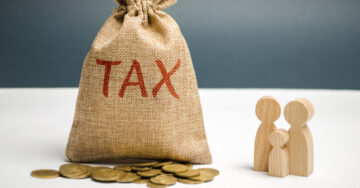