The Delhi Metro, on June 22, 2017, held trial runs on the 6.5-km-long elevated segment between Shakurpur and Mayapuri, on the Majlis Park-Shiv Vihar corridor that has been dubbed the ‘Pink Line’ and is part of the Phase-III of the metro network.

This is the first trial run on the Pink Line. “Delhi Metro’s new UTO-enabled (Unattended Train Operations-enabled) trains will operate on this corridor. The new trains, with extremely high levels of automation, will now undergo rigorous trials between these stations, to ensure that they are ready for smooth operations after the commissioning of the corridor. Initially, train operators will run the trains but gradually, driver-less operations (on the UTO mode) will be possible,” a senior DMRC official said.

While conducting the trials, the interface of the metro train will be checked, to ensure that there is no physical infringement with civil infrastructure during the movement of the train on the track and also testing of various subsystems of coaches shall be done.

“The new signalling technology, known as Communication-Based Train Control (CBTC), will be implemented on this corridor. The response of trains at different speeds, braking of the train and the interconnection with the operations control centre (OCC) will also be monitored. The response of the track system and the overhead electrification, will be checked repeatedly,” he added.

The project had faced delays, due to issues of land acquisition. “This section passes above two major jhuggi clusters having 229 jhuggis. In 2012, the DMRC had requested the Delhi Urban Shelter Improvement (DUSIB) to take necessary action, for relocation/rehabilitation of these jhuggis,” the DMRC said. Four special spans – three steel spans and one cantilever construction span of length 60 metres each – were used in different sections. The metro alignment crosses over the Delhi-Bhatinda railway line at Shakurbasti, which is 19 metres high and is the highest among all the special spans used, it said. 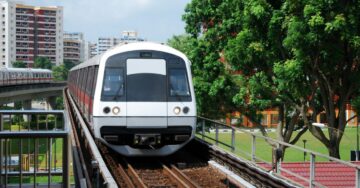 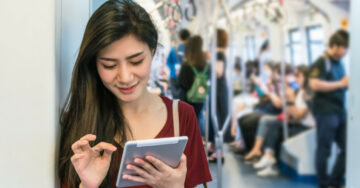