The growth of the ecommerce industry in India, has led to an increase in the demand for warehousing, for the products sold by these platforms. This demand, is likely to spur innovation and make the warehousing industry more dynamic, in order to cater to the demands of online purchasers who often want same-day delivery of products.

Ecommerce companies are gravitating towards having their warehouses within the city limits, rather than outside the city, to be able to meet the customers’ requirements of early delivery. Multi-level warehousing, hence, is expected to be the next logical step for ecommerce firms. Such warehouses have already emerged in various cities in Asia like Hong Kong and Singapore and are also being adopted by various countries like England, Australia and others. These warehouses are generally used by single companies. However, as the popularity and use of multi-level warehouses increases, experts predict that such warehouses will soon begin catering to different companies, to store their products.

Multi-level warehouses not only help companies to deliver the products to their customers faster, as they are mostly within the city limits, they also solve the problem of expensive real estate. Going vertical is a good way for warehouses to keep the aspect of land prices in control, in their operations. It would also mitigate, to some extent, the problems posed by scarce availability of industrial land. Real estate prices have been going up progressively in most countries, especially within the city limits. In London, property prices have risen by 40% in the 2009-2016 period. In India too, commercial real estate prices have been rising, on account of rising economic activity and foreign institutional investments coming into the sector. Apart from ecommerce, multi-level warehousing can potentially even solve the problems of other industries like pharmacy, healthcare, electronics and air freight.

Ecommerce, one of the early adopters of multi-level warehouses, is growing at a rapid pace in India. According to a report by consultancy firm Bain & Company, the ecommerce industry recorded a growth of 53% CAGR between 2013 and 2017. With a huge surge in the number of internet users, the industry can grow four-fold to USD 150 billion by 2022, according to a report by NASSCOM and PwC. Given this potential for growth in the ecommerce industry In India, it may only be a matter of time, before multi-level warehouses become the norm in India. Experts predict that multi-level warehousing will first come up in cities like Bengaluru, Delhi NCR and Kolkata and then in the other metros and big cities. 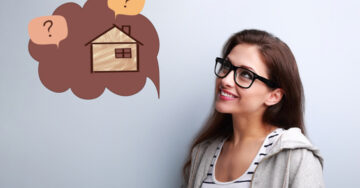