Home » Property Trends » A year on, RERA yet to roar

The Real Estate (Regulation and Development) Act, 2016 (RERA), which is meant to safeguard the rights of the home buyers and provide speedy redressals, has faced significant hurdles in its own implementation, ever since its introduction on May 1, 2016. It was not before one year that all the provisions of the RERA could be brought into force, i.e., on May 1, 2017. However, within no time, multiple cases, all challenging the constitutional validity of the RERA, were filed across the country. Finally, on December 6, 2017, the Bombay High Court, which was entrusted by the Supreme Court to deliver the verdict, upheld the validity of the RERA.

By July 31, 2017, all states and union territories (UTs) except J&K were supposed to have:

Status of RERA in states and union territories

According to a government release, as on July 31, 2017, out of the 35 states and union territories, only 23 had notified their respective rules. West Bengal, Arunachal Pradesh, Manipur, Meghalaya, Mizoram, Nagaland, Sikkim and Tripura have not notified their rules till date. Of the states which have notified the rules, many have diluted the provisions regarding inter alia definition of ongoing projects, structural defects and penalty provisions, in favour of developers, despite the central government warning against it.

Further, only 14 states have complied with the requirement of having a functional web portal and a majority of 16 states and UTs are still to have their state-specific websites operational.

The websites are supposed to be the primary source of information and the first point of reference for the buyers. States, which do not have websites, are still registering projects and retaining information manually, making information dissemination very difficult and opaque.

How the RERA has impacted home buyers and the industry

The approach of the RERA regulators so far, has been buyer-friendly and the various state regulatory authorities have strictly dealt with violations of the registration requirement, or advertisement/sale without registration by the developers and imposed substantial penalties. Having said that, the buyers seem to be unhappy with the approach of regulatory authorities in mechanically permitting the developers to propose timelines for completion of the projects. Fresh timelines and extensions should not be granted as a matter of right but allowed on an objective assessment of the reasons for delay and the proposed steps for their mitigation by the developer.

Maharashtra has not only received the maximum registrations under RERA but also has the most proactive state regulatory authority. Clearly Maharashtra, Madhya Pradesh, Punjab and Gujrat are the front runners, in the implementation of RERA.

At a time, when many real estate players are also faced with insolvency proceedings, there is a pressing need to align the RERA and Insolvency and Bankruptcy Code, 2016 (IBC). While the RERA aims to protect the home buyers, the IBC lends primacy to the creditors.

Regardless of the slow implementation and various challenges, RERA is a game-changing legislation for the real estate industry. An organised real estate sector, with focus on transparency, financial discipline, timely delivery and speedy redressal, is likely to instil confidence in buyers and investors and grow rapidly. RERA has the attention of all the stakeholders and the stage is set for the states to show their commitment to establishing a new order in the real estate sector.

(The writer is partner, Khaitan & Co) 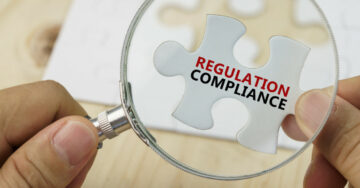 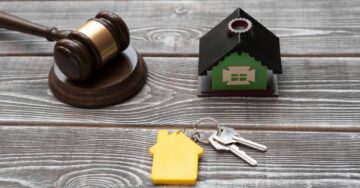 RERA upheld: What it means for home buyers and the industry.