Buying a property often involves shelling out a significant amount of one’s hard-earned savings. For many, even this may not be sufficient to meet the cost of the house and the remaining amount may be paid through a bank loan. In such cases, the equated monthly installments (EMIs) on the loan will take away a portion of the borrower’s monthly income. It’s crucial to invest safely with so much at stake.

Verify the price of the property

First, ascertain your budget and look for a property in that price bracket. A property commands a certain price due to its locality and amenities. Once the developer quotes a price for the apartment, compare it with neighbouring areas and properties. Information on property prices can be sourced from newspaper supplements, listings on property portals and brokers operating in the region.

When a buyer books a flat by paying a token amount, he or she receives an allotment letter. After this, one has to enter into a tripartite agreement with the builder and the lending bank for the remaining amount. The builder-buyer agreement should be signed at this stage. Often, this agreement is biased in favour of the developer and it is in the buyer’s interest to read this document and understand the clauses.

For example, developers sometimes insert a clause that gives them the power to raise rates at the time of possession. The clause basically mentions that ‘due to unforeseen market conditions’ (such as rise in the prices of raw materials) and ‘factors out of their control’ or ‘increase in the size of apartment’, the developer can increase the rate by a certain amount. The same is charged through a demand letter at the time of possession. Recently, a similar case came up in the Noida Extension region, where a well-known builder sent letters to his allottees seeking more money for completed flats.

Location and its upcoming infrastructure

It is equally important to analyse the location of the project. “A home buyer should look at factors, such as the surrounding social and physical infrastructure, amenities offered in the project and connectivity to other neighbouring regions. A region with ready amenities will help you settle down easily in your new house,” says Manish Saluja, a Delhi-based chartered financial planner.

See also: 5 mistakes to avoid while buying a home

Possession of your apartment

According to industry estimates, a significant number of residential and commercial projects are facing delays. Consequently, prospective buyers should make realistic assessments of a given project’s timelines. A project’s delivery depends on factors, such as availability of funds with the developer, sales of the project, supply of raw materials, etc. In addition, construction during the monsoon season, is generally slow. Therefore, most developers seek a six-month grace period for the final delivery of the project. The contract with the developer should specifically explain in detail this grace period.

The builder will thus, be liable to pay a penalty that usually ranges from Rs 5-7 per sq ft, if he is unable to give timely possession of your apartment. However, the penalty paid by the developer is determined by the base price, which does not include extra charges for parking, club membership, etc. “Many developers also offer appropriate rent for the apartment, if handing over of possession is delayed,” says Ashwinder Raj Singh, CEO, Residential Services, JLL India.

The pricing of an apartment may also include charges, such as club membership, parking, preferential location charges, development charges and power back-up. These charges are generally embedded in the payment schedule and collected at regular intervals. At the time of registration, one also needs to pay stamp duty and registration charges, which is calculated on the property’s value and varies according to the region. It is in your favour to understand these charges and prepare yourself accordingly. 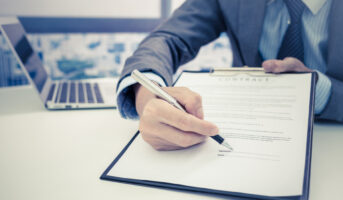 Should location be the only price determining factor?. 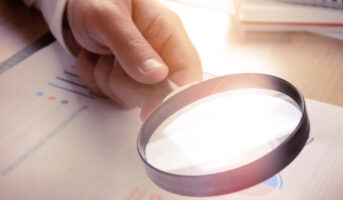 Tips to verify your flat purchase documents without a lawyer.

How can home buyers protect their interests….