Refusing to approve the Maharashtra government’s policy to regularise illegal structures in the state, a bench of justices Abhay Oka and Anuja Prabhudesai of the Bombay High Court said, “If an illegal structure is constructed on roads or on public places, in contravention of the MRTP (Maharashtra Regional and Town Planning Act) provisions, how can such a building or property be regularised by a policy framed by the government?”

“Why do you (state) have to wait for the high court’s decision, to bring such a mechanism in place? You could have done this earlier,” the bench remarked, after being apprised of the mechanism. The bench added “Earlier also we have passed orders to pull down illegal structures at Digha village in Navi Mumbai. However, it seems they have gone unnoticed.”

See also: Illegal structures in Mumbai’s CRZ to be demolished

The high court had in 2015, ordered the demolition of 99 illegal buildings in Digha village, saying that they were built in contravention of the laws of the land. A fortnight ago, the high court had pointed out several anomalies in the government’s revised policy regarding regularisation of illegal constructions across the state. Hearing a bunch of PILs challenging illegal construction in Maharashtra and especially in Navi Mumbai’s Digha village, the bench questioned the need to introduce such a policy, when there was no mention in it about the illegal structures existing on government land.

Maharashtra to regularise unauthorised constructions up to Dec 2015. 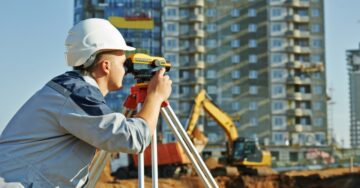