The Real Estate (Regulation and Development) Act (RERA) has brought to the fore a growing incidence of consumer dissatisfaction, in dealing with real estate developers and service providers. Delays in project deliveries, cost escalations during construction, lopsided builder-buyer agreements and the absence of an effective enforcement mechanism, have all led to growing consumer frustration and resulted in an increased number of complaints being brought before the Regulator.

This has put tremendous pressure, on not just the Real Estate Regulatory Authorities but also the judicial system, as cases continue to be filed with civil and consumer courts. As per some industry reports, the number of pending cases in the judicial system, with respect to real estate and construction-related disputes, was in excess of 3 crores. Therefore, there is a pressing need to resolve disputes, using alternative dispute resolution (ADR) mechanisms – which as a phenomenon, is not new to India. In fact, the conciliation forums under the RERA provide parties an option to settle disputes outside of the courtroom.

The scope for alternative dispute resolution mechanisms in real estate

Alternative dispute resolution (ADR) in real estate can be used in multiple ways. All parties involved in the development, management, purchase and sale of real estate, understand the impact that disputes have on them and the implications of lengthy litigations, on time and cost. However, when disputes arise, ADR can kick-in and address issues in a quick and timely manner. In most cases, it broadens the options available for resolving conflicts and minimises costly litigations. Although disputes cannot be completely settled, the trend is definitely in favour of upholding and enforcing agreements to arbitrate, which is the best-known and most formalised alternative to litigation.

The most commonly propagated and used forms of ADR, continues to be arbitration, negotiation and mediation. The decision, to opt for one of these, in turn, will depend upon the peculiarity or type of dispute that arises and the need of the parties involved to control costs, maintain confidentiality and have a definite judgment announced with respect to that dispute, among other considerations.

See also: Delhi HC rules that home buyers can register complaint with both, NCDRC and RERA

The use and advantages of ADR are directly linked to contract enforcement and management. Contracts are agreements between different stakeholders and where contracts are enforced or enacted, there is a very high probability that conflicts will arise. In almost all cases where ADR has been used, it has formed a part of the contract, where the parties involved have previously consented to use this mechanism, to reach agreements on possible problems that may arise in the future.

It is also prudent to mention here that most of the disputes that arise in real estate and construction, are highly technical in nature and are required to be dealt with by people who have the requisite knowledge and understanding of the domain. Given that the real estate and construction sector is in a constant state of evolution, professionals providing or extending ADR services need to know the market. They not only need to understand the complexities and commercial aspects of issues but also possess an in-depth knowledge of the lease of the land, thereby, enabling them to provide tailored solutions for disputes.

The need for specialists, in dispute resolution processes

Whether parties are approaching a specialist dispute resolution services organisation, resolution boards, mediation councils, regulators or the like, they should be assured that the professionals overseeing the dispute/challenge have the requisite skill set to understand the nuances of the same. These professionals typically should specialise in areas related to engineering, construction and commercial law, technology, intellectual property, infrastructure and construction financing, among various other facets of construction and infrastructure development. Demonetisation and RERA: How will it impact property prices?. 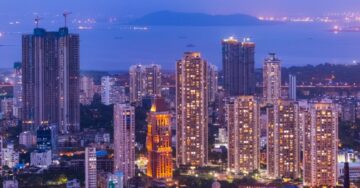 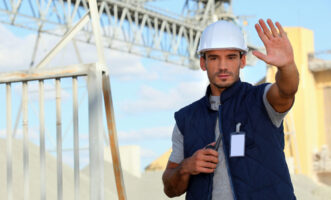