Home » Must Knows » Legal » When and how should you file a complaint under RERA?

After the implementation of the Real Estate (Regulation and Development) Act (RERA), home buyers are optimistic that the new law will protect their interests. However, the moot question is, whether people know how to file a complaint or a case, under the new RERA rules.

Digbijoy Bhowmik, head of policy, RICS, explains, “Complaints can be filed under Section 31 of the Real Estate (Regulation and Development) Act, 2016, either with the Real Estate Regulatory Authority or the adjudicating officer. Such complaints may be against promoters, allottees and/or real estate agents. Most state government rules, made appurtenant to the RERA, have laid out the procedure and form, in which such applications can be made. In the case of Chandigarh UT or Uttar Pradesh, for instance, these are placed as Form ‘M’ or Form ‘N’ (common with most other states and union territories).”

A complaint under the RERA is required to be in the form prescribed under the respective states’ rules. The complaint can be filed with respect to a project registered under RERA, within the prescribed time limit, for violation or contravention of provisions of the act or the rules or regulations framed under RERA.

See also: All about the RERA Act

Filing a case under RERA

Ameet Hariani, managing partner, Hariani & Co, points out that “As far as Maharashtra is concerned, the rules with respect to lodging a complaint with the RERA authority, have been notified. Any person who has an interest in the project, can file an application with the RERA authority. The application can also be filed online, as per the format available. The complainant must provide:

To initiate proceedings before the adjudicating officer for compensation under RERA, the complainant needs to file a similar application. This application must also be made in the prescribed format and must contain particulars similar to those required in the application to the RERA authority, Hariani adds.

Do you know your RERA complaint status?

If you want to know the status of your RERA complaint, then, you can visit the respective state’s RERA website and click on the complaint status link. Most of the states have now allowed the facility to check the complaint status online. It is important to note here that if you have an existing case going on against the developer in the National Consumer Disputes Redressal Commission (NCDRC) or the consumer court, then, you are not allowed to pursue a complaint in the RERA.

The RERA Act stipulates that the complaints have to be concluded within 60 days from its filing date. If there is a delay, it has to be informed to the home buyer, with valid reasons for the delay. Checking the complaint status can help you in taking timely action whenever there are actions taken by the RERA authority.

What to do with pending cases under the NCDRC?

Experts point out that real estate cases under the National Consumer Disputes Redressal Commission (NCDRC), can take a lot of time for final adjudication, owing to the huge volume of cases pending before the commission. The Real Estate Act, hence, may provide for expeditious disposal and prove to be more effective than the NCDRC, vis-à-vis judgment and realisation of compensation under Sections 12, 14, 18 and 19 of the RERA.

“For cases pending before the NCDRC or other consumer fora, the complainants/ allottees can withdraw the case and approach the authority under the RERA. Other offences (except complaints under Section 12, 14, 18 and 19) can be filed before the RERA authority,” explains Ajay Monga, partner at SNG & Partners law firm.

The Punjab and Haryana High Court recently said that a home buyer can pursue the remedies under the RERA and the Consumer Protection Act simultaneously and it is not compulsory that an aggrieved person, whose complaint is pending before the Consumer Forum, should have it transferred to the Adjudicating Officer under the RERA.

There is no specific time frame provided in the RERA, for filing a complaint. However, a complainant should not be complacent. Hariani explains, “Complainants under RERA, will require to comply with the time periods for initiating proceedings, as prescribed in the Limitation Act, 1963. The time periods under this Act vary, based on the specific claims. In addition, in order to seek urgent interim relief, it would be advisable to approach the RERA authority as soon as possible, after the action causing the complaint takes place.”

In a landmark judgment passed on November 2, 2020, the Supreme Court (SC) has ruled that home buyers can approach the consumer fora, even though they have a specific legal remedy available to them in the form of the real estate regulatory authority under the Real Estate (Regulation and Development) Act, 2016.

While delivering its order on an appeal by Delhi-based real estate developer Imperia Structures Ltd, the top court said that buyers can approach bodies such as the National Consumer Disputes Redressal Commission (NCDRC), to seek refund over project delays and such offences by the builder community.

Earlier, Imperia Structures had moved the SC against a judgment of the NCDRC, through which the consumer forum, in 2018, ordered the developer to offer refunds to 10 home buyers over delays in its Gurgaon-based housing project ESFERA. In its appeal, the builder had contended that since the RERA came into force, all matters related to project building and completion have to be dealt with by the real estate regulatory authority and not the NCDRC.

The project was launched in Gurgaon’s Sector 13C in 2011, in which the 10 buyers booked units between 2011 and 2012. When the company failed to deliver the project, despite the passage of 42 months as promised in the builder-buyer agreement, the buyers approached the NCDRC to seek refund of their advances. Passing its order, the NCDRC, directed the builder to refund the amounts deposited with simple interest of 9% per annum, from the respective dates of deposits till the date of realisation, along with Rs 50,000 to be paid to each buyer. Following the NCDRC order, Imperia Structures moved the SC, opposing the ruling.

“On the strength of the law so declared, Section 79 of the RERA does not in any way bar the (consumer) commission or forum, under the provisions of the CP (Consumer Protection) Act to entertain any complaint,” a bench of justices UU Lalit and Vineet Saran said, in a 45-page verdict, upholding the NCDRC verdict.

The bench also made it clear that even though proceedings of the consumer fora are judicial in nature, it is not a civil court within the meaning of the provisions of the Code of Civil Procedure. “In so far as cases where such proceedings under the Consumer Protection Act are initiated after the provisions of the RERA came into force, there is nothing in the RERA Act which bars such initiation. The absence of bar under Section 79, to the initiation of proceedings before a for a, which cannot be called a Civil Court and express saving under Section 88 of the RERA Act, make the position quite clear,” the bench said, adding that the “Parliamentary intent is clear that a choice or discretion is given to the allottee, whether he wishes to initiate appropriate proceedings under the CP Act or file an application under the RERA Act.”

While rejecting the claims of the builder, the SC ordered it to refund the money to the home buyers, as directed by the NCDRC. “We quantify the costs at Rs 50,000 to be paid by the appellant in respect of each of the consumer cases, over and above the amounts directed to be made over to the complainants and shall form part of the amount payable by the appellant to the complainants,” it said.

Information as of October, 2020

With the Coronavirus pandemic, the RERA too has evolved over a short time span. For example, virtual hearings are now common. During the lockdown and immediately after, Uttar Pradesh RERA received 2,860 complaints, out of which the decision was pronounced for 2,781 through virtual hearings and conferences. E-courts for RERA proceedings have continued even after the lockdown phase. Tamil Nadu too has taken up the video conferencing route and has restricted physical meetings until further notice.

When did UP RERA start e-courts?

Is Tamil Nadu RERA opting for video conferencing during the Coronavirus pandemic?

Yes, TN RERA is avoiding physical visits to the office for grievance redressal. All complaints, until further notice, will be taken up over video conferencing (VC). The date and time would be intimated to the parties through SMS, WhatsApp and email. The VC will be over Google Meet and all parties will need to arrange their own gadgets.

Can a builder start a new project if the old ones are pending?

While it may depend on a case-to-case basis, the The Gurugram bench of the Haryana RERA recently blacklisted a developer firm with stuck projects and disallowed any new project until the builder completes the previous projects.

(With inputs from Sneha Sharon Mammen and Sunita Mishra) 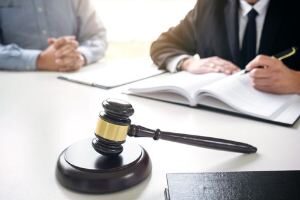 All about Consumer Protection Act 2019.

[fbcomments]
For any feedback, write to us at editor@housing.com.
https://seo.housing.com/api/v1/housing_news?tags=Adjudicating%20Officer,Complaint%20under%20RERA,consumer%20forum%20for%20homebuyers,Consumer%20Protection%20Law,ESFERA,Form%20M,Form%20N,Hariani%20&%20Co,Imperia%20Structures,legal%20remedies%20for%20homebuyers,Limitation%20Act%201963,National%20Consumer%20Disputes%20Redressal%20Commission,NCDRC,property,real%20estate,Real%20Estate%20(Regulation%20and%20Development)%20Act,Real%20Estate%20Act,Real%20Estate%20Regulatory%20Authority,RERA,RICS,Section%203(1),SNG%20&%20Partners,video