Depriving a person of a self-owned house amounts to serious injury to the home buyer who has booked the flat to have a shelter over his head, the apex consumer commission has said. The National Consumer Disputes Redressal Commission (NCDRC) made this observation, while asking real estate firm Emaar MGF Land Limited to hand over possession of properties to a group of home buyers within a year and give interest on the amount paid for the flats as compensation. Besides this, the builder has to pay Rs 25,000 each as litigation cost to 11 buyers, it said.

“It can hardly be disputed that the deprivation of the use of a self-owned house amounts to a serious injury to the flat buyer, who has booked the flat for the purpose of having a shelter over his head and therefore, has either to live in a rented accommodation or an accommodation which is not suitable or convenient to him,” the commission headed by its presiding member, justice VK Jain said. “Had the opposite party (firm) delivered possession of the flats within the time stipulated for this purpose, the complainants would have been enjoying the use and possession of the flats booked by them. They have been deprived of the use of the flats, on account of the default committed by the opposite party,” it added.

The home buyers had approached the commission after the residential flats in a project, named ‘Emerald Floors’, which the firm was to construct in Sector 65 of Gurugram, was delayed beyond the stipulated time. The group of flat buyers had booked the properties during 2009-10 and the firm was supposed to hand over the possession in 27 months.

The firm had resisted the complaint for compensation, saying there was no evidence of actual damages caused to the complainants and hence, they were not entitled to any damages or compensation. It had also contended that according to the builder-buyer agreement, the firm was supposed to pay only Rs 10 per sq ft per month, to the customer for any delay. The commission rejected this contention and ordered a compensation of eight per cent interest to be paid by the firm to the buyers. 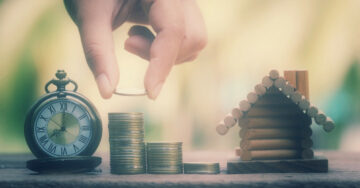