Noting that development and environment should ‘go hand in hand’, union environment minister Anil Madhav Dave, said that the minimum extent of the ESZ is 100 metres from the park boundary and a maximum of four kilometres. Earlier, construction of any kind was not allowed within 10 kilometres from the boundary.

“The extent of the ESZ varies at different places, taking into consideration its geographical area. No construction will take place in this ESZ area. We want to stress that development and environment protection go together. While we are protecting the park and its biodiversity, at the same time, we are also thinking about the development of the city,” Dave said.

He added that the ministry also wants to put an end to the philosophy of man-animal conflict.

In order to conserve and protect the unique habitat in and around the park, a draft notification was published in January, 2016. The ministry had received a large number of responses from various stakeholders on the draft.

An area of 1.65 sq kilometres land for the Mumbai Metro’s rail shed, temple, etc., has been excluded in the final notification, which was issued under the provision of the Environment Protection Act, 1986.

“The notification also provides that in areas around housing societies and with high human habitation and in view of the fact that the national park has a large population of leopards, a high wall with fencing may be erected, to ensure that man-animal conflict is avoided,” the ministry said.

The ministry said that due to its unique location in the middle of the bustling metropolis, any new construction within the ESZ shall be in accordance with the Bombay Municipal By-laws and approved development plans and applicable laws under the Maharashtra Regional and Town Planning Act (MRTPA) and provisions of ESZ notifications. These include civic amenities and infrastructure required for projects and establishments around the park.

In addition, other projects already sanctioned under the approved development plan under the MRTPA, may also be allowed within the ESZ, subject to applicable laws and regulations, the ministry said.

The park is situated between three districts – Palgar, Thane and Mumbai suburb and falls within the Kurla, Borivali and Thane tehsils. The national park is home to a number of endangered species of flora and fauna and harbours around 800 species of flowering plants, 54 species of mammals, 43 species of reptiles, 38 species of snakes, 12 species of amphibians, 300 species of birds and 150 species of butterflies. 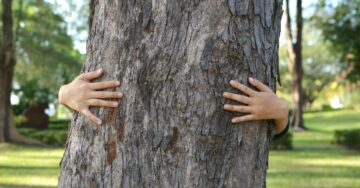 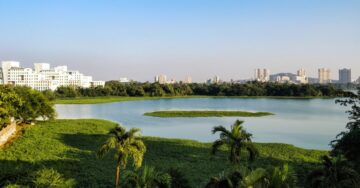