Bangalore – it’s cool, hip urbanism at its best – tall, smart buildings, pubs, a thriving underground music scene, plenty of green, leafy public spaces. But before Bangalore, India’s Silicon Valley, Pub capital of India, Rock capital of India, there was a mud fort, the Vijayanagar Empire and a cantonment. And not much else.

So just how does a tiny city turn cool overnight? Is it IT, is it the rock and roll? Nobody knows, but we can show you just how this happens, in a collection of pictures that show the city’s transformation over time.

There are two kinds of Bangalore, as far as local tradition goes. There’s British Bangalore – the former cantonment area – and pre-Brit Bangalore. And then there’s new Bangalore; the IT parks and the hep, happening neighbourhoods springing up towards the outskirts of the city.

Once upon a time, this was a quiet road in the cantonment area. But times change and today it’s anything but quiet – it’s a thriving commercial hub.

South Parade, now better known as the ubiquitous M.G. Road (every major city in India has one), was once the centre of all residential and public life. Today it is one of the busiest roads in the city, with the metro line running through it.

This grand and imposing building is the seat of state legislature in Karnataka and was completed in 1956.

The former beef, poultry and fruit market was established in 1927 by the British. Today its shops sell everything from antiques and second hand goods to regular meat and foodstuffs.

The mud fort widely regarded to have been the foundation for the city was built in 1537 and converted into a stone fort in the late 17th century. In March 1871 the British laid seige to and captured the fort from the Mysore kingdom.

An iconic stone building, now home to LIC insurance, at the intersection of M.G. Road and St. Marks road, yet another unchanging face caught up in the winds of change around it.

It really is as posh as it sounds. Established in 1887 and now run by the Taj, it’s played host to Winston Churchill and Prince Charles in the past. With the obligatory dose of rock and roll in the form of Aerosmith frontman, Steven Tyler.

An excellent example of how the old and the modern mix together in Bangalore today. Modelled on the castles of the Tudors, the palace was completed in 1944. Today, the grounds host the odd rock concert every now and then (among other public events).

Made entirely of French Rose wood, this palace served as the summer palace for Tipu Sultan till his death in 1799.

Attara Kacheri or Eighteen Offices, the former house of the public offices in the general and revenue secretariat of the Mysore Government, (which is why the number eighteen is used – there was a reason) is made entirely of red brick and is one of the most iconic buildings in Bangalore.

A neoclassical building from the 1930s, the Town Hall is an iconic building. Its surroundings? Not so much, having changed very drastically over the years as the city was built up.

Some things don’t change. Like the former council hall for the Bangalore city corporation, named after the Earl of Mayo – the fourth Viceroy of India, who was assassinated in 1872 by an irate convict.

Built in 1844, rebuilt again in 1894, this 150 year old church was originally built for Irish soldiers stationed in Bangalore.

Completed in 1901, the hospital was constructed in commemoration of Queen Victoria’s diamond jubilee. The hospital is now affiliated with Bangalore Medical College.

Once an armoury for the Bangalore Rifle Volunteers, the building was also used as a movie theatre till the 1970s. Today, the building’s returned to its military roots and houses several canteens and stores.

Founded in the 1920s, the racecourse is one of the city’s major landmarks.

The oldest hospitals in Bangalore, they are affiliated to Bangalore Medical College and Research Institute.

*The unedited photograph used for the header image of this blog post was clicked by Ishwar, and is titled ‘Sunset in Bangalore’: http://bit.ly/1MfrNRp

6 Herbs to Kickstart Your Kitchen Garden. 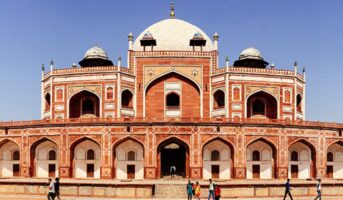 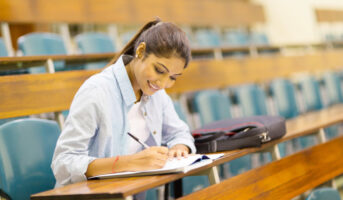