Notwithstanding the macroeconomic disruptions, the commercial real estate (CRE) market remained robust in 2017. The year 2017 witnessed a pan-India leasing volume of approximately 42.8 million sq ft (3.9 million sq metres), excluding renewals and pre-commitments, which is marginally up from the absorption level in 2016 (approximately 41.6 million sq ft), says a report titled ‘India Office Property Market Overview, Trends to watch for in 2018’ by Colliers International.

Bengaluru remained the frontrunner in office leasing, witnessing a record-breaking leasing of more than 15 million sq ft (1.4 million sq metres), accounting for 36 per cent of the market share, followed by NCR (18 per cent), Mumbai (13 per cent), Chennai (11 per cent), Hyderabad (10 per cent), Pune (eight per cent) and Kolkata (two per cene). The demand for Grade ‘A’ office space was primarily driven by technology companies, followed by engineering, manufacturing, banking and finance and co-working operators.

“The trend of pre-committing large spaces had picked up in 2017, with more than four million sq ft (0.3 million sq metres) of office space pre-committed in 2017, in under-construction projects. Furthermore, co-working or flexible working spaces, have made their entry into the market in a big way, representing about 11 per cent of total absorption in 2017, compared to 2016’s share of three per cent,” says Ritesh Sachdev, senior executive director, occupier services, Colliers International India.

Trends that will dominate the market in 2018

“One of the biggest shifts in workplace strategies in India, is likely to be the improvement in the degree of flexibility offered to occupiers by the developers. We expect these large players to compete against traditional offices to target major corporates, besides focusing on small and medium enterprises. Landlords should recognise the benefits of flexible workspaces and redesign their offices across their portfolios. They should look to offer quality and more efficient office spaces, through subdividing floors into multiple office suites. The strategy should be to redesign existing spaces, to create collaborative workspaces that meet the needs of smaller tenants, from which we are currently witnessing strong demand,” says Surabhi Arora, senior associate director, research, Colliers International India. 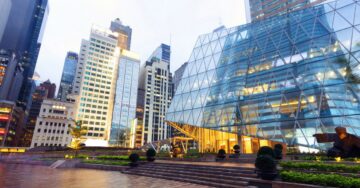