Bengaluru’s residential real estate market was ranked second, in total residential launches in India with about 13,400 new unit launches, post RERA, in H1 2017. However, the market faced a notable drop of 23 per cent, compared to H1 2016, says a report by Colliers International. Localities such as Yelahanka, Devanahalli, Ranchenahalli and Kogilu, recorded the highest number of launches in the city. It was also noted that most of the new launches were in the mid-segment category, catering to the high demand from information technology employees of the city. Moreover, the strong office sector performance in Bengaluru, indicated a healthy demand scenario for the residential sector in medium to long term.

On completion of more than a month, since the notification of the Real Estate (Regulation and Development) Act (RERA) rules by the Karnataka state government and the launch of the RERA portal, the real estate sector is slowly inching towards an organised future.

Recently, the Karnataka RERA body announced that they received about 977 applications for project registrations and about 273 for registration of real estate agents, as of August 24, 2017. The deadline for registration was also extended by one month, till August 31, 2017. However, the numbers are much lower than expected, as Bengaluru by itself has huge inventory of ongoing projects and the number of agents are also on the higher side.

“This is an unprecedented situation, for all developers across India. Demonetisation has resulted in a fundamental change in developers’ approach towards their businesses and when RERA came into the picture, they were forced to put their house in order. To make their existing projects RERA compliant, developers were left with no bandwidth and had to take a pause, before taking any further decisions related to new projects. This led to a decline in the number of new launches in Bengaluru,” says Goutam Chakraborty, senior director, Colliers International India.

In such a scenario, the notification of the RERA and its stringent regulations, have put additional pressure on developers, to get registered with the authority and to comply with the rules of the Act. Many of the developers were proactive in registering their ongoing projects with RERA. The developers who failed to do so, will be barred from advertising, marketing, booking, selling or offering for sale, or inviting persons to purchase in any manner, in accordance with the central RERA. This is applicable for any plot, apartment or building, in any real estate project or part of it in any planning area.

As per Colliers International’s research, the capital values in locations such as Central, Airport Road, Whitefield and Yelahanka, recorded a 3-6 per cent decline in H1 2017, while off-central locations such as Jayanagar, Sadashivanagar, Bannerghatta and Koramangala, witnessed a 1-4  per cent increase. Capital values are likely to largely remain stable in the short to medium term, owing to the present skeptical situation in the market, post-RERA.

In terms of residential sales, in spite of the expected fall in the number of launches in upcoming quarters due to RERA implications, the mid-range segment will continue to drive sales, as the festive season approaches in September and October. Various promotions by developers and attractive payment plans, amidst a soft home loan interest rates environment, will drive the residential sales in the market.

For developers, improved project planning, obtaining all necessary approvals on time and use of modern construction technologies to speed up the construction process, will help developers to avoid delays, manage project funds efficiently and align themselves with all the RERA guidelines, going forward. 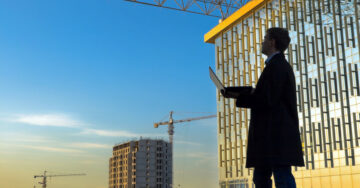 Is the post demonetisation period, a good time to invest in property?. 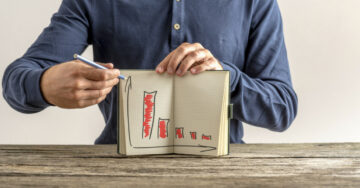 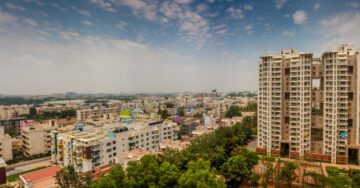 Prestige Group inaugurates 5 properties in Bengaluru, across the residential and office segments.