Haryana Chief Minister Manohar Lal Khattar, has revealed that his government has already approved, in-principle, the setting up of the Metropolitan Development Authority for Gurugram. “To make it functional, a bill would be moved in the next session of the Vidhan Sabha,” he said, while interacting with media persons, after making an unannounced inspection of development. Khattar also said that the metro connectivity in Gurugram, would be extended to provide better public transport facility to the people. Connectivity between old Gurugram and new city would also be improved, he added.

The chief minister pulled up officers for the poor condition of roads and sanitation and asked them to ensure sanitation and cleanliness in Gurugram City. He said work of enhancing the capacity of Badshahpur drain was afoot.

“This year, arrangements will be made, so that the Hero Honda Chowk on NH-8 does not get flooded. By next year, the problem of water logging at this chowk will become history,” he said.

In July 2016, during the monsoon season, long tailbacks were witnessed in gridlocked roads in Gurugram, due to severe waterlogging on National Highway-8 after heavy rains lashed Delhi’s satellite city, which had left thousands of commuters stranded and forced authorities to clamp prohibitory orders near Hero Honda Chowk.

Referring to the demand for removing the Kherki Daula Toll Plaza, Khattar said the state government was making efforts in this direction and a committee under the chief secretary was working on the matter. He opined that the toll plaza should go. Earlier, Khattar made an unscheduled inspection of the physical progress on various projects in Gurugram. He directed the authorities to construct a clover leaf U-turn in front of the Ambience Mall, so that the commuters need not have to come from Rajokri flyover for reaching the mall or cyber hub.

Khattar also said that various underpasses and flyovers being constructed between Shankar Chowk and Golf Course Extension Road (SPR), would be inaugurated soon and, on completion, enable the commuters to cover the distance in seven minutes instead of the 40 minutes at present. The flyover on Dwarka Expressway is also nearing completion and is likely to be opened to the public in the second half of May, the CM informed. He also inspected the Basai flyover and after seeing the volume of traffic, directed the authorities to double the capacity after examining its feasibility. The chief minister also inspected the progress on the improvement works on three major junctions on the National Highway-8, namely IFFCO Chowk, Signature Tower and Rajiv Chowk and directed the authorities to expedite the work and complete it within a year.

On seeing the encroachments and illegal parking in the green belts along the roads, the chief minister directed the officers concerned to get the green belts freed of all encroachments and take up beautification work. If there is any stay given by the court, it should be pursued and got vacated, he told the officers. He said: “Illegal extortion from vehicle owners in the name of parking should not be allowed.” 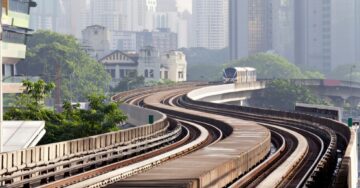 [fbcomments]
For any feedback, write to us at editor@housing.com.
https://seo.housing.com/api/v1/housing_news?tags=bill,Dwarka%20Expressway,Golf%20Course%20Extension%20Road,Gurugram,Gurugram%20Metropolitan%20Development%20Authority,Haryana,Hero%20Honda%20Chowk,Iffco%20Chowk,Kherki%20Daula%20Toll%20Plaza,property,Rajiv%20Chowk,real%20estate,Shankar%20Chowk,Signature%20Tower