Home » Property Trends » Why is BKC performing better than Noida?

Prima facie, there is nothing identical between Noida of Delhi-NCR and Bandra-Kurla Complex (BKC) of Mumbai. However, a closer look suggests the two given markets have the same DNA, with a different tale to tell. The two have evolved into contrary urban development case studies due to their respective urban bodies’ policies – the Noida Authority and the Mumbai Metropolitan Region Development Authority (MMRDA). It is the rollout of their urban bodies’ policies that have led to the economic disparity between BKC and Noida. The former emerges as a case study of urbanisation with a booming economy, while Noida ends up as a ghost city sitting over piles of unsold housing stock. Both markets nevertheless, had tremendous potential during their earlier stages of inception.

In terms of infrastructure, the potential of the region and overall location benefits, both places have more or less the same advantages. They are brilliant locations – geographically well-located and close to all major hubs. In fact, purely from the standpoint of physical infrastructure, Noida is even better positioned than BKC, yet, it stands nowhere near the latter, in terms of growth and the overall attraction index.

Analysts point out that availability of land at such strategic locations is always a big traction point. However, when the urban planning bodies cannot efficiently execute sustainable planning and do not conduct efficient research, they prove to be urban disasters. Noida is a classic case of performance not matching its potential. BKC, on the other hand, has outperformed its potential due to its supply syncing with the demand.

Naushad Panjwani, managing partner, Mandarus Partners LLP, points out that the importance of research cannot be undermined. However, despite efficient research, there are several underlying factors to be evaluated as well. “Look at BKC, where the land is with the MMRDA but they are releasing it in phases because they first want to make sure there’s absorption for the current lot,” explains Panjwani. “Only then, will they auction more land. Noida needed to release land in phases too. However, greed has played its role in exceeding supply more than the demand.”

Nikhil Hawelia, managing director of Hawelia Group, agrees that over-supply has indeed killed the otherwise promising Noida. According to him, the assumed demand in Noida was not backed up with scientific research. This could have led to right project sizing. Instead, there’s a housing inventory that may take years to get absorbed. “You have to understand that home buyers were coming to Noida because they could not afford any other market, like Delhi or neighbouring Gurgaon,” states Hawelia. “So, it was not just the price in terms of per sq ft cost but also the overall ticket size that should have been kept in mind. With the availability of cheaper land parcels, the developers got a bit carried away with creating bigger apartments.”

Requesting anonymity, even the officials of Noida Authority admit that they did not have any research to define the demand or understand the sustainability of the market. So, while there has been a right mix of residential projects and commercial spaces in BKC, Noida could only develop residential apartments with no economic activity in the vicinity.

Therefore, Noida could neither attract affordable buyers due to the supply of bigger units, nor could the city attract well-to-do home buyers who preferred to stay close to their workplaces in Delhi or Gurgaon. BKC, on the other hand, has evolved as a case study of urbanisation with sound economic activity, due to the right mix of residential and commercial spaces in the neighbourhood. 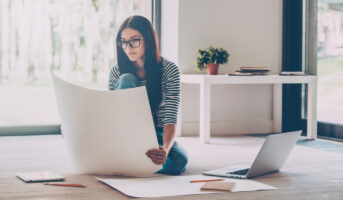 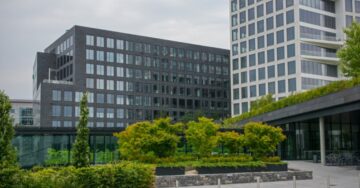 Bandra-Kurla Complex: From marshy land to a prime commercial hub.