The Union Budget, presented on February 1, 2020, has attempted to give certain reliefs to developers and home buyers. It also attempts to introduce some provisions, to minimise unnecessary litigation between tax payers and the department.

The government has given various benefits to developers in the past, to boost the real estate sector. The income of developers from affordable housing projects is exempt from payment of taxes, subject to the satisfaction of certain conditions, under Section 80 IBA. One of the conditions to be satisfied for this purpose, is that the size of the plot on which the housing project is undertaken should not exceed 1,000 sq metres, if the same is situated in metro cities and its expanded areas, as well as Hyderabad and Bengaluru. For other places, the size of the plot can go up to 2,000 sq metres. Likewise, the carpet area of the house should not exceed 60 sq metres in the metro and mega cities and 90 sq metres in other places. The stamp duty valuation of the house in both the cases should not exceed Rs 45 lakhs. The benefit was to be available, if the approval for the project was obtained by March 31, 2020. Now, the period for obtaining the approval for the project has been extended by one more year, to boost the affordable housing sector. This will certainly help the sector and also in fulfilling the aim of the ‘Housing for All by 2022’ mission. 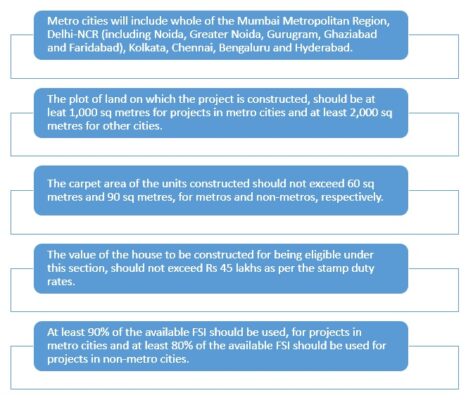 Relaxation when market value much higher than guideline value

Budget 2020: Income tax laws that can help the home buyers

How to calculate capital gains for property acquired before April 1, 2001

While computing the capital gains from old assets, which were acquired or received by you prior to April 1, 2001, where it is difficult to find out the cost, you are allowed to substitute the fair market value of the property as on April 1, 2001. For land and buildings, tax payers generally obtain valuation reports from registered valuers. Since valuation is a subjective matter, the valuation adopted for this purpose used to vary significantly from, one case to another. In order to bring in clarity, the finance minister has proposed that that the fair market valuation adopted, will in no circumstances exceed the stamp duty valuation, which is notified by the stamp duty department on a yearly basis. This is generally known as the circle rate in north India and stamp duty ready reckoner rate in other parts of the country.

Presently a person who does not own any residential house and buys a house under the affordable housing category, gets an additional benefit of Rs 1.5 lakhs of interest, under Section 80EEA, in addition to the regular deduction available under Section 24(b). This benefit was introduced last year and was applicable, only if the home loan was sanctioned between April 1, 2019 and March 31, 2020. The FM has proposed to extend this benefit, even if the home loan is sanctioned between April 1, 2020 and March 31, 2021.

What is circle rate?

Circle rate is the minimum value that a property can be reasonably expected to fetch when it is sold. It is the minimum price, set by the state government, at which the registration of any real estate asset is done, when it is transferred. Circle rates are also referred to as ready reckoner rates or guideline values.

What is the tax deduction under Section 80IBA of the Income Tax Act?

How to find fair market value of property in 2001?

For properties acquired prior to April 1, 2001, the owner is allowed to substitute the fair market value of the property as on April 1, 2001, from the stamp duty ready reckoner of 2001. If the guideline value is not available for your particular area, you can obtain a valuation report, from a registered valuer.

How to calculate capital gains tax?

Budget 2017: What did developers and home buyers gain

February 1, 2017: While the budget has not met all the expectations of individual tax payers, it has come to the rescue of the developers. We examine the implications of the Union Budget 2017-18 for home owners, as well as developers

No change in home loan exemptions

With skyrocketing prices of homes, in big as well as small cities, the average size of the home loan that an individual tax payer has to take, has increased substantially during the last 10 years. Consequently, the interest on such loans is significant, as compared to the limit of deduction of Rs 2 lakhs that is available to a person who uses the house for his own residence. Individual tax payers were expecting this limit to be increased, to partly compensate for the increased interest costs. Likewise, due to high loan amounts the benefit on principal repayment for home loan taken for residential purpose, which qualifies for deduction under Section 80 C along with other eligible items, largely went waste due to overcrowding of this section by various other items like life insurance premium, tuition fee, Provident Fund, etc.

Individual tax payers, hence, were expecting either a separate limit for principal repayment of home loan, or enhancement of the existing limit of Rs 1.5 lakhs. However, home buyers have been grossly disappointed on this count.

Nevertheless, the finance minister has proposed to reduce the holding period for qualifying any immovable asset as ‘long term’ from three years to two years.

A long-term capital gain is taxed at a concessional rate of tax of flat 20% and also qualifies for various exemptions under sections 54, 54 f and 54EC, where the tax payer can save his tax liability by investing in another residential house or in capital gains bonds of REC (Rural Electrification Corporation) or NHAI (National Highways Authority of India). However, this will not benefit a majority of the individual tax payers, as the average individual tax payer does not or sell homes frequently – at the most, he may buy and sell the house three or four times during his lifetime.

Change in the base year for calculating indexation benefits

The finance minister has also proposed to shift the base year for giving the tax payer the option to get the market value of the property to April 1, 2001, instead of the earlier date of April 1, 1981. This provision may give some benefit to the tax payers, as the market price of immovable property has increased more during the period, as compared to the increase in the cost inflation index announced by the government from time to time.

Till now only the persons who are carrying on business or profession having turnover above a certain amount, were required to deduct TDS on payment of rent made. This budget has proposed that any individual or an HUF, who pay any rent above Rs 50,000 in a month, will have to deduct tax at source at the rate of 5% of the rent, either at the time of payment or credit. Under this provision, the tax payer will not have to obtain the tax deduction number. However in case the owner does not furnish his PAN number, the tenant will have to deduct tax at the rate of 20%.

Set off and carry forward of loss due to interest payment

As per the existing provisions, you can claim interest for money borrowed for buying, constructing, repairing or renovating a property, upto Rs 2 lakhs in case of self-occupied property, whereas there was not such limit in case of let out property. Normally, where the taxable rent is much lower than the interest payable on such home loans, there results in a loss in respect of the let out property, which the tax payer is entitled to set off against any other head including salary. This was used by many tax payers for reducing their tax liabilities. The finance minister has proposed that the loss under the head ‘Income from House Property’ shall be eligible for set off against other income, only to the extent of Rs 2 lakhs and the excess shall have to be carried forward, which can only be set off against your rental income. This would result into enhanced tax liability for the tax payers, who own more than one house and have taken a home loan to finance the purchase of the property.

See also: Budget 2017: Infrastructure status to give a big boost to affordable housing

The finance minister has also proposed to tax the unsold flats of developers, which was treated as stock-in-trade of the developers. As proposed by the finance minister, the notional rent in respect of the flats which remain unsold, shall have to be offered for tax, even if the developer has not received any rent on such flats, only after one year of completion of the project. For income tax purposes, such flats shall be treated as self-occupied and as a tax payer is allowed to have only one house property as self-occupied, so, the other flats in possession of the developer will be deemed to have been let out and thus, notional rentals will become taxable. This provision will force developers to dispose of the flats quickly, so as to avoid paying tax on rent which he has not received. Government increases differential between circle rates and agreement value to 20%. How to arrive at the fair market value of a property, and its importance in income tax laws. 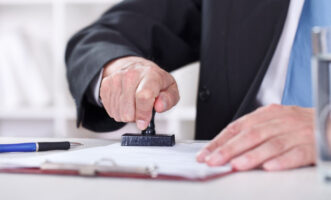