As per the income tax laws, any profit on sale or transfer of your house or land becomes taxable, in the year in which you transfer the same. As per the Transfer of Property Act, registration of an agreement for transfer of any immovable property above the value of Rs 100 is mandatory.

Generally, a transfer cannot be said to be complete, unless and until the agreement has been registered. However, as per income tax laws, handing over of possession of the property, in part performance of a written agreement, is also considered as a transfer, for ascertaining capital gains tax liability, even when the legal title in the property is not transferred.

Even where the transferee is already in possession and is allowed to retain the possession, the same also amounts to a transfer, as per Section 2(47) of the Income Tax Act, even though some other necessary formalities like registration of the agreement, may not yet be done.

Income tax laws and its impact on redevelopment projects

This often affects redevelopment projects, which are very common in the metropolitan cities.

In case of redevelopment, the owner of the property hands over possession of the land or the building to the developer, for redevelopment, which may take many years. This is done under an agreement called as a memorandum of understanding (MOU). As there were no clear rules on how to deal with cases of redevelopment of old properties under the tax laws, the owners of such properties were asked to pay the capital gains by treating the incidence of handing over the possession to the developer under such MOU, as the transfer for the purpose of income tax.

This stance, taken by the tax authorities, has been causing severe hardship to such home owners. The owners were not able to claim the tax exemption under Section 54 or 54F, as the consideration for such transfer was to be satisfied by way of a new house and/or partly in cash. Moreover, the tax payer was also unable to prove that he had invested the gains in a new residential house by the due date for filing the income tax return and thus, was seen in contravention of the condition of having to deposit the unutilised portion of the sale consideration/capital gains, as applicable, in the capital gains account of a bank before the due date for filing the income tax return. This worked as double whammy, as the owners did not receive any cash and yet, were expected to deposit cash in the capital gains account.

Moreover, if the developer failed to hand over the possession within three years, such persons were seen as not complying with the condition of having to get the construction of new house completed within three years. Consequently, most of the redevelopment cases of tax payers are under litigation, due to this peculiar situation and the adamant stance of the tax authorities. In order to help the tax payers, the budget presented by the finance minister, has proposed some provisions, to bring clarity for redevelopment projects.

Date of transfer, for the purpose of capital gains

The finance minister has proposed that for an individual or HUF tax payer, who has handed over the possession of his building or land or both to the developer, for the purpose of redevelopment, the date of transfer of such land and/or building shall be taken as the date on which the redeveloped project obtains a certificate of completion (whole or part of the project) from the authorities like municipalities, gram panchayats, area development authorities, etc., who are authorised to approve the building plans and issue the completion certificate. So, effectively, the date of transfer will shift from the date of handing over the possession, to the date of issue of such certificate.

Moreover, for the purpose of computing the capital gains on transfer of such property for redevelopment, the sale consideration shall be the stamp duty valuation of the new property on the date of issue of such completion certificate. In case any cash compensation is also received in addition to the new house, the same shall be added to the stamp duty valuation of the new house and the aggregate shall be taken into account for computation of capital gains. This will alleviate the problem of having to deposit money in the capital gains account, in case the stamp duty valuation of the new house is equal to or more than the amount required to be invested either under Section 54 or 54F, as well as the problem of completion of construction within the specified time limit of three years in case the project gets delayed.

As the budget’s provisions will be applicable from April 1, 2017, this will give relief to the tax payers who enter into redevelopment agreements after that date. However, it will not give any relief to the tax payers who have already entered into such agreement and for cases which are under litigation. Although the government is against any retrospective amendment to the income tax law, it should have considered this provision to be applicable retrospectively, as this intends to give relief and mitigate hardship of the tax payers.

The condition of obtaining the completion certificate, applies in cases where the person takes possession of the house on completion of the project. However, in case the person transfers his rights under the agreement before completion of the project, then, the  year in which he so transfers his rights shall be deemed to be the year of transfer of the rights in his land and/or building and capital gains computations and holding period computations, shall be done accordingly.

Whenever the new property is transferred in future, the stamp duty value taken as consideration, shall be treated as the actual cost to him for capital gains computations.

As any amount paid by the developer, in part, in cash, in addition to the new house under the redevelopment agreement is taxable, the finance bill has also introduced provisions for deduction of tax at source on such payments. The bill proposes that when a part of the consideration is paid otherwise than by way of kind, the developer shall deduct tax at 10% on such cash component. There is no threshold provided and so, the tax is deductible from the first rupee. The tax has to be deducted by the developer, either at the time of credit of such amount to the transferor, or at the time of payment, whichever happens earlier. 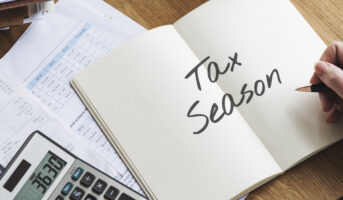 TDS on rent payment: All about income tax provisions for TDS on house rent. 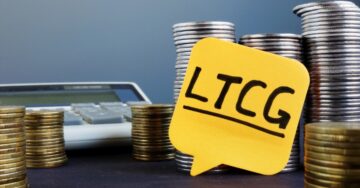 [fbcomments]
For any feedback, write to us at editor@housing.com.
https://seo.housing.com/api/v1/housing_news?tags=Budget%202017,capital%20gains,Capital%20Gains%20Account,capital%20gains%20tax,completion%20certificate,holding%20period,Income%20Tax%20Act,Income%20Tax%20Law,possession,property,redevelopment,Redevelopment%20Project,Section%202(47),Section%2054,Section%2054F,tax%20deduction%20at%20source,TDS<%20Real%20Estate,Transfer%20of%20Property%20Act