Byculla, a suburb in south Mumbai, has a rich cultural heritage. In the 1800s, Byculla was a prestigious European enclave and home to the rich and famous, including Baghdad’s treasurer, Sir David Sassoon, who became a leader of the Jewish community in Mumbai. The community went on to establish an international trade empire and built several hospitals and schools. Today, Byculla has over 15 educational institutes and more than five hospitals. Bombay’s Turf Club, which was formed for horse racing, was originally located in Byculla. The club was later shifted to Mahalaxmi.

The area has good physical infrastructure, as well. Byculla has been an important railway station, right from the time India’s first ever passenger railway route, between Thane and Mumbai, was laid. The historic wooden-structured station, was renovated and partly rebuilt in 1857, making it the oldest railway station building in the country. It is well-connected to railway hubs, such as Mumbai Central, CST and Dadar. It is also in close proximity to some of the longest flyovers in the city – the Eastern Freeway and the JJ Flyover. Ferry Wharf, a major ferry servicing port, is located near Byculla, while the airport is 17 kms away.

The beginning of growth

While the social and physical infrastructure has always been well-developed, there was little modern real estate development. Byculla, along with the adjacent suburbs of Lower Parel, Chinchpokli and Mahalaxmi, were dominated by mills. Byculla, till date, does not have too many developments in the premium residential category, points out Mayur Shah, managing director of the Marathon Group. The region started witnessing development, after the defunct mills gave way to new commercial and residential structures.

Check out price trends in Byculla

“Lower Parel witnessed tremendous growth in the residential and commercial real estate segments, which resulted in the creation of a new business district in this part of the city. New shopping malls and entertainment complexes also came up. The growth of Lower Parel in the past few years, has positively impacted Byculla. Home buyers desirous of enjoying a luxurious lifestyle in south Mumbai, along with the glory of the old south Mumbai, can certainly choose Byculla,” maintains Shah.

In terms of cultural heritage, the area houses the Victoria Gardens, which has several species of rare birds and animals and a clock tower, inspired by Italian Renaissance architecture. The Bhau Daji Lad Museum, houses historical maps and photographs of the city, ancient manuscripts and decorative and industrial arts. The area also has an orthodox Sephardi synagogue, constructed in the Victorian style and the Gloria Church, which was built along the lines of the Canterbury Cathedral in England and is one of Mumbai’s oldest churches. The Khada Parsi statue, was made in London and assembled on its site in Byculla. The region also has the Hasnabad Dargah – a white marble structure, with light blue domes and golden minarets – which is the mausoleum of an Imam of the Khoja sect of Muslims.

“Byculla is blessed with tree-lined avenues and several heritage buildings. It was also home to Mumbai’s most prestigious club – The Byculla Club. It enjoys easy access to south Mumbai via JJ Flyover and the Eastern Freeway has opened connectivity to the northern suburbs and Navi Mumbai,” explains Anand Piramal, executive director of the Piramal Group, which recently inaugurated Aranya Pavillion, a world-class ‘Experience Centre’ at Piramal Aranya, its signature project in Byculla. The Experience Centre will act as a functional space for display of some of the best works of Indian art from the collection of Piramal Museum of Art and will be open to the public. “Hopefully, with the new developments that are underway, Byculla will once again emerge as the cultural nerve centre of the city.  With all these advantages, Byculla could become the new hub for Mumbai’s elite,” concludes Piramal.

Check out properties for sale in Byculla

Chembur: From an industrial suburb to a prime property market. 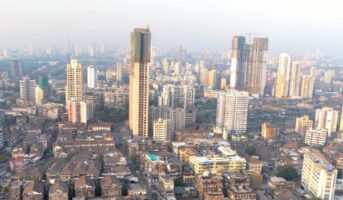