Home » Must Knows » Legal » Delhi HC’s ruling on no service tax: How it affects home buyers

In a recent judgment, the Delhi High Court has held that service tax cannot be levied on the purchase of under-construction flats. Presently, service tax of 15% is levied on 25% of the consideration value.

Suresh Bansal had entered into an agreement with a builder, to buy flats in a group housing project, being developed in Noida, Uttar Pradesh. The builder recovered service tax from Bansal, for services in relation to ‘construction of the complex’ and on ‘preferential location charges’. Bansal challenged the levy on the grounds that the parliament does not have the legislative competence, to levy service tax on purchase of immovable property and as such, there is no machinery provision for determining the value of the service portion. He also challenged that preferential location charges do not amount to a service and hence, service tax cannot be charged on it.

What the court said

While upholding the centre’s competency to levy service tax, the court held that “A developer, directly or through a sub-contractor, carries out myriad activities for construction of a complex, which, apart from construction of buildings, also involves planning, preparation of a layout, development of land, construction of sewer lines, development of infrastructure for supply of electricity and water, etc. In such cases, it cannot be disputed that no services are rendered by the builder.

“However, indisputably, the arrangement between the buyer and the builder is a composite one, which involves not only the element of services but also goods and immovable property. Thus, while the legislative competence of the parliament, to tax the element of service involved cannot be disputed but the levy itself would fail, if it does not provide for a mechanism to ascertain the value of the services component, which is the subject of the levy.”

In the present case, the value of 25% determining the service component, finds its genesis in a 2012 CBEC notification. The court noted that this value cannot be used as a substitute for the lack of statutory provisions towards ascertaining the actual value of services involved.

With respect to the preferential location charges, the Court held that “These charges are charged by the builder, based on the preferences of its customers. They are, in one sense, a measure of the additional value that a customer derives from acquiring a particular unit.”

Consequently, the court ruled that it can be subjected to service tax.

What the service tax judgement means

While upholding the parliament’s competency to levy service tax on the purchase of immovable property, this judgment holds that the law as it stands today, does not clearly spell out the consideration paid for the services that one avails, while purchasing an immovable property from a developer. Due to this lacuna in the current legislative framework, service tax cannot be levied or collected by the developers.

The machinery provision, for computation of the service element, must be provided in the act or the rules.

The operation of this judgment will be limited, as it is binding on all the courts falling under the jurisdiction of the Delhi High Court. As this judgment is contrary to the view held by the high courts in Mumbai and Karnataka, the judgment rendered by those courts, will be operational within their jurisdiction.

Nevertheless, the Delhi HC’s ruling, may have a persuasive value before other courts across India.

As builders have been collecting service taxes, the contrary views of various high courts are likely to cause a series of disputes, between government departments, builders and property buyers, resulting in plethora of litigation. The latest judgment is also likely to cause significant revenue loss, for the centre. Hence, we can expect an amendment to the act itself, to remedy this lacuna, or a challenge before the Supreme Court along with a plea, seeking an ad-interim stay on the operation of this judgment.

(The writer is an associate at Juris Corp)

When can service tax and VAT be levied on purchase of property. 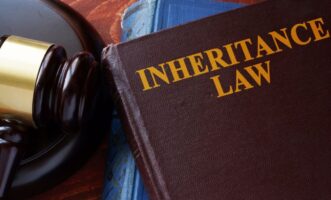