The National Green Tribunal (NGT) has rapped the Delhi government and civic bodies over the alarming pollution levels in the National Capital Region (NCR).

“No construction activity will be carried out on structures until further orders. All industrial activities in Delhi-NCR, which are causing emissions, will also not be allowed to carry on their functioning till November 14,” a bench headed by NGT chairperson justice Swatanter Kumar said, on November 9, 2017.

It, however, clarified that at places where only finishing work was involved, barring the use of construction material like cement and sand, the activity can be carried on during this period. The bench said the labourers working at the construction sites, would be paid their daily wages and would not be affected by the NGT’s orders.

An irked green panel also imposed a ban on the entry of diesel trucks more than ten years old and said that no vehicle from outside or within Delhi, will be permitted to transport any construction material. Noting flagrant violation of the prescribed limits of PM (particulate matter) 10 and PM 2.5, it banned construction and industrial activities causing emissions till November 14, 2017.

The NGT also directed the authorities and the civic bodies to sprinkle water where PM 10 is found to be in excess of 600 micrograms per cubic metre. The tribunal told the authorities that holding meetings, writing letters and shifting responsibility from one to the other for non-performance, can hardly be made an excuse for meeting ‘such a bad environmental emergency’. “You’ve made a mess of Delhi. You have done what you had to. Now we will decide what you have to do. You (officials) go to the hospital and see what kind of trouble people are facing. You kept playing with people’s life. Right to life has been infringed with impunity by the authorities and other stakeholders, who have been mere spectators to such crisis,” the bench said.

The tribunal said its orders passed on November 10, 2016, postulating steps to be taken to deal with such severe air pollution remained unimplemented and ‘we find no plausible explanation’ why even a single direction was not followed. It rapped the pollution monitoring bodies for not testing other components of pollution and said it was surprising that the Central Pollution Control Board and Delhi Pollution Control Committee have not even bothered to test serious pollutants like sulphur dioxide and carbon monoxide.

“There should be regular cleaning of roads preferably through vacuum cleaners so that particulate matter does not rise in the air,” the NGT said. It asked the NCT Delhi and other authorities to ensure that diesel vehicles more than ten years old and petrol vehicles which are 15 years are not allowed to ply. “No trucks from outside stations or within NCT Delhi will be permitted to transport any construction material particularly sand, cement or bajri till the next date of hearing,” the bench said.

The state governments of Uttar Pradesh, Punjab, Rajasthan and Haryana were also directed to ensure that no crop residue is burnt and incentives are provided to farmers. The green body ordered the civic bodies to set up teams to ensure there is no burning of waste in Delhi-NCR and asked them to inspect places where construction material were lying in the open, uncovered and take appropriate action including levy of environment compensation.

The bench asked the Delhi and NCR states to submit their action plans in relation to these orders in two weeks and sought analysis reports of the prevailing ambient air quality. It said it would consider vacating its orders on banning construction and industrial activity on November 14, the next date of hearing. The national capital is experiencing ‘severe’ air quality under a blanket of thick haze, as pollution levels have breached the permissible standards by multiple times. 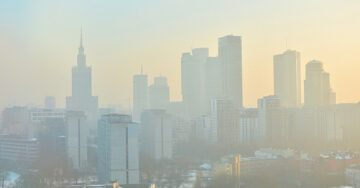 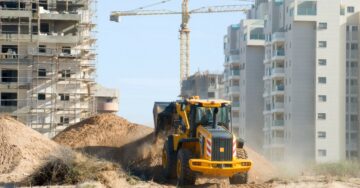