Home » Current News » Due process is a must for every government project including the Metro: Bombay HC

The Bombay High Court, on March 15, 2018, said that the authorities are bound to follow due process of law, even in the case of projects such as the metro rail, if they affect citizens. A bench of justices AS Oka and RI Chagla, also said that anyone whose property is affected by projects such as the Mumbai Metro, is entitled to compensation.

The bench was hearing a plea filed by two residential societies from the city. The petitioners said that the Mumbai Metropolitan Region Development Authority (MMRDA), a state agency which is executing the Mumbai Metro project, has proposed realignment of the Metro II B line between DN Nagar and Mankhurd. The new route passes through the two buildings, they said.

In March 2017, the MMRDA granted them no-objection certificates (NOCs), for carrying out repair and redevelopment of the two buildings that house over 40 families, the petitioners said. While the repair work is still on, the NOC expires on March 31, 2018. So, they approached the MMRDA seeking an extension. The MMRDA, however, informed them of the proposed realignment and said the NOC will have to be reviewed, as the buildings would come in the way of the metro line, they said.

This stand was illegal, as only a year ago the MMRDA had permitted them to repair the buildings, which were dilapidated and could prove dangerous for residents, the petitioners said. “The MMRDA can’t change its mind on a whim, while our redevelopment work is on,” the petitioners said. The realignment should have been approved by the union government, they said.

MMRDA counsel GW Mattos said the agency had written to the Brihanmumbai Municipal Corporation, asking it to provide alternative accommodation to those affected by the metro work. The bench, however, asked whether the MMRDA had followed due process in proposing the realignment.

“If a resident is affected in any way by a project such as the metro, then, he or she will have to be compensated,” the bench said. It directed the MMRDA to decide on the petitioners’ plea for review of the NOC, within a week. 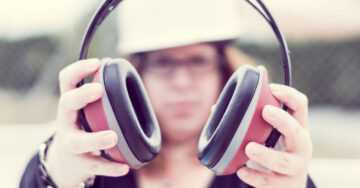 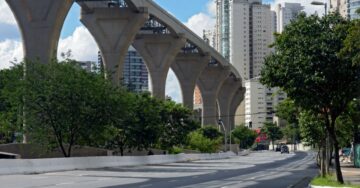