The Environment Ministry has framed a new draft Coastal Regulation Zone (CRZ) Notification, 2018. The draft notification has been uploaded on the ministry’s website and comments sought from the public, within 60 days.

The ministry, in a statement, said it had constituted a committee under the chairmanship of Shailesh Nayak, to examine the concerns of coastal states and UTs and various other stakeholders and to recommend appropriate changes in the CRZ Notification, 2011. The report submitted by Nayak, has been examined in the ministry and consultations held with various stakeholders in this regard, it said. While CRZ I means areas that are ecologically sensitive and important, such as national parks or marine parks, CRZ II areas are those that have already been developed up to or close to the shoreline. CRZ III areas are those that are relatively undisturbed and those, which do not belong to either CRZ I or II.

The draft also proposes a NDZ of 20 metres to be stipulated for all islands close to the mainland coast and for all backwater islands in the mainland. The draft also proposes to simplify the procedure for CRZ clearances. “Only such projects or activities, which are located in the CRZ I and IV areas, shall be dealt with for CRZ clearance by the ministry. For all other project activities located in CRZ II/III areas, CRZ clearance shall be considered at the level of the CZMA,” it said.

The draft also said that regulated limestone mining was proposed to be permitted, subject to strict environmental safeguards, in areas adequately above the height of the HTL, based on recommendations of reputed national institutes in the mining field. The Coastal Regulation Zone Notification was last reviewed and issued in 2011, with periodic amendments to some clauses. The ministry had received representations from various coastal states/UTs, besides other stakeholders, for a comprehensive review of the provisions of the CRZ Notification, 2011, particularly related to the management and conservation of marine and coastal ecosystems, development in coastal areas and eco-tourism, among others.

The HTL has been demarcated by the National Centre for Sustainable Coastal Management (NCSCM) and will be reckoned as a universal standard for the HTL, for all regulatory purposes under the CRZ Notification, 2018. Similarly, the hazard line mapping has also been carried out by the Survey of India. “The hazard line has, however, been delinked from the CRZ regulatory regime and shall be used only as a tool for disaster management and planning of adaptive and mitigation measures,” it added. 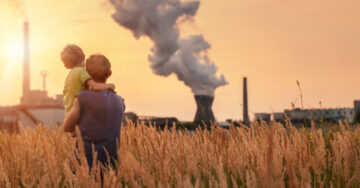