Housing projects across Tamil Nadu will not be able to get electricity in the absence of a completion certificate (CC), the Madras High Court (HC) has ruled. The HC ruling comes on a Tamil Nadu Generation and Distribution Corporation (Tangedco) order dated October 6, 2020, through which it has withdrawn the necessity for builders to have a CC to apply for power connections.

A document that contains every small detail about a housing project, a completion certificate or CC is issued to the builder by the authorities concerned after a physical inspection of the premise is carried out and it is ensured that the development has taken place in accordance with the provisions of the building laws. In most states, builders have to submit copies of this document in order to apply for utility connections.

Recall here that the Tamil Nadu government through an order in April 2018 made submission of the CC mandatory for developers in order to apply for utilities that include power, water and sewerage connections.  A memo to the same effect was also issued by Tangedco in May this year, which was withdrawn in October.

Following the Tangedco move, a public interest litigation was filed in the HC by a consumer rights body, seeking reversal of the order, stating that various high courts have made it mandatory to provide CC to apply for utility connections while provisions to this effect have also been laid under the Tamil Nadu Combined Development and Building Rules, 2019.

“The withdrawal memo is also an attempt to set at naught the statutory provisions notified by the state government brought in to rein in the illegal encroachments and the unauthorised constructions galore in the state which undermines the core concept of the rule of law,” the petitioner, Coimbatore Consumer Cause, said in its plea, which was admitted by a vacation bench of Justice V Parthiban and Justice G R Swaminathan on October 22, 2020.

While staying the Tangedco order, the HC has also asked the discom and the state government to file their responses on the plea.

GST not applicable on sale of flats after issue of completion certificate: Finance Ministry

The Finance Ministry, on December 8, 2018, said the GST will not be levied on buyers of real estate properties, for which the completion certificate is issued at the time of sale. However, the Goods and Services Tax (GST) will be applicable on sale of under-construction property or ready-to-move-in flats, where the completion certificate is not issued at the time of sale, it said.

The ministry also asked the builders to reduce the prices of properties, by passing on the benefit of lower GST rates. “It is brought to the notice of buyers of constructed property that there is no GST on sale of complex/ building and ready-to-move-in flats, where the sale takes place after the issue of the completion certificate by the competent authority,” the ministry said in a statement.

It further said affordable housing projects like Jawaharlal Nehru National Urban Renewal Mission, Rajiv Awas Yojana, Pradhan Mantri Awas Yojana or any other housing scheme of state governments, attract eight per cent GST, which can be adjusted by the builders against its accumulated input tax credit (ITC). “For such (affordable housing) projects, after offsetting ITC, the builder or developer in most cases will not be required to pay GST in cash, as the builder would have enough ITC in his books of account to pay the output GST,” the ministry said.

It said the cost of housing projects or complexes or flats, other than those in affordable segment, would not have gone up, due to the implementation of the GST. “Builders are also required to pass on the benefits of lower tax burden to the buyers of property, by way of reduced prices/ installments, where effective tax rate has been down,” it said.

With inputs from PTI 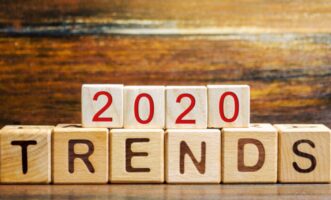 Trends that are likely to shape the real estate market in 2020.