Home » Current News » Gurugram to have a web of metro train connectivity: Khattar

Haryana chief minister Manohar Lal Khattar, on May 2, 2017, said that a web of metro train connectivity would be woven in and around Gurugram, to ease the traffic woes. Presently, the metro rail between Delhi and Gurugram, goes up to HUDA City Centre.

The plan is to extend it to Netaji Subhas Chandra Chowk on Sohna Road.

“In the near future, it will be further extended, from Subhas Chandra Chowk to Manesar and Bawal,” Khattar said, after inaugurating the Rapid Metro Gurugram South Extension Line at the Rapid Metro Station. The length of this line is 6.6 kms and it has five stations, namely, DLF Phase-1, Sector 42-43, Sector 53-54, Sector 54 Chowk and Sector 55-56. As many as seven metro trains would run on this line, at an interval of 4-5 minutes from 6.05 am till 00.36 am, an official spokesman said. Each train will have three coaches, with six seats reserved for women and senior citizens. Presently, the rapid metro facility exits from Sikanderpur metro station to Sector 55-56.

The chief minister said the problem of traffic congestion, would be dealt with by adopting mass rapid transport system. A metro ride is safe and environment-friendly, he said. “All departments of the state government are working to ease traffic conditions in Gurugram. Roads are being constructed and the metro connectivity is being extended, to reduce and ease traffic between Delhi and Gurugram. It has been planned to link Dwarka of Delhi with Gurugram through metro,” he said.

Khattar also said that the Indian Railways had prepared a draft plan to develop Gurugram railway station as a terminal. Some trains would halt at Gurugram station, instead of at Delhi railway station and would start from here.

Also, with more people opting for the mass rapid transport system instead of using personal cars, traffic volume would decrease, he said.

Later, the chief minister travelled in the newly-inaugurated rapid metro with women sarpanchs and girl students from the slums of Gurugram, who had never taken a metro ride. The students were from slum areas of Gurugram and studying in Rashtrhit School, run by the Haryana State Committee for Protection of Child in Sukhrali Enclave. The chairperson of the committee, Jyoti Bainda, said that she had made a request to the chief minister, for taking the children along with him on the ride and he agreed to it. 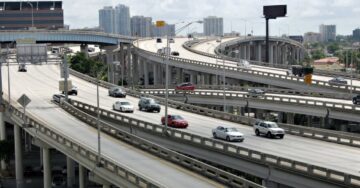 [fbcomments]
For any feedback, write to us at editor@housing.com.
https://seo.housing.com/api/v1/housing_news?tags=Ambience%20Mall,Bawal,Delhi,Delhi%20Metro,Dhaula%20Kuan,DLF-Phase%201,Dwarka,Gurugram,Haryana,Huda%20City%20Centre,Manesar,metro,metro%20rail,Netaji%20Subhas%20Chandra%20Chowk,Northern%20Peripheral%20Road,property,Rapid%20Metro%20Gurugram%20South%20Extension%20Line,Rapid%20Metro%20Station,real%20estate,Sikanderpur,Sohna%20Road,Southern%20Peripheral%20Road